Behind The Scenes - Workin' N' Playin' 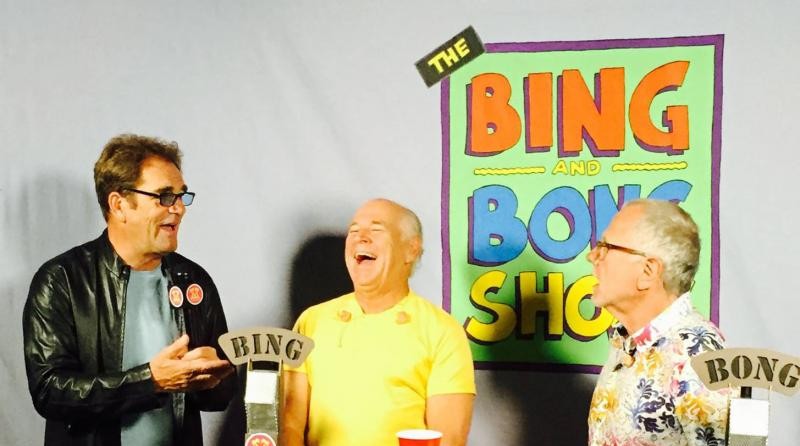 Time flies when you’re workin’ n’ playin’.  It’s been a while since the last Behind The Scenes blog but for good reason.  We’ve been busy!  Once the tour starts we do all we can to keep up with JB and travel.   It’s a lot of work to prepare for a show and bring it to a city.  Now that we’re streaming live shows and creating a video intro for the broadcast we have a lot of work to do but it has allowed us to have some fun and this may have been one of our best starts to a tour in a while. We rehearsed in Austin where it seemed the rain was there to stay.  I don’t think we saw the sun once while working up the show.  One day most of the crew got stranded out of town driving back to the hotel because of the flooding.  There were some laughs shared later that night as they traded rental car off road driving stories.  We were happy to have the Stubb’s show arrive.  Like a movie script the sun showed up the day JB was taking the stage and as parrotheads took over downtown Austin.  As I’ve said before, JB loves small shows.  It’s a way for him to get back to his roots and if you’ve seen him and the CRB play in a small venue you can see they are a bit more carefree.  JB shares more stories and laughs because the size of the room is something he can work with ease.  The big sheds and arenas take more energy to do that so when these small gigs get booked you know JB is going to have some bar room fun.  The show was great and the crowd looked like a Caribbean resort rented out the famous barbeque venue. We drove to Houston that night and the rained followed us.  Show day arrived to kick off the tour and the sun was there on schedule.  We don’t know if the clear skies had something to do with the success of our live concert feed to the International Space Station but we’ll just say that helped (NASA was there to assist).  We drove up to Frisco and the rain was there.  As we prepared to set up the show the sun greeted us and it stayed sunny until we left for Atlanta.  Margaritaville weather was our copilot and it allowed for some great tailgating.  Frisco tailgating was off the charts again this year.  Fins Up to all of you we met out there with our camera! This year at select shows we have a musical guest performing with us, Huey Lewis and the News.  We can’t say enough good things about the band and crew.  They showed up with us in Frisco and I had a chance to ask some of the band if they’d been to a Buffett show.  They all said no but they had heard it was crazy.   They mentioned that during the ride in from their hotel they could see how the party had started.  One of the best parts of the evening that night was during a break in a song Huey asked the crowd if they had been drinking margaritas.  The crowd erupted and Huey then said he wanted one.  Next thing you know a cute girl in cut off shorts and cowboy boots walked on stage and handed Huey a margarita.  JB missed it because he was getting ready for the Bing and Bong Show.  Before JB took the stage we told him what Huey had done and JB said, “Yes!  He gets it!”. When JB took the stage Huey and his long time band member and writing partner Johnny Colla were on the side of the stage watching with smiles.  You could see they appreciate the parrothead culture and are happy to be on tour with us in August.  The moment Huey Lewis and the News start playing, people rush from concessions to their seats and all of us on the Buffett tour think they’re a great way to kick off a party in Margaritaville.  Stay tuned for more Behind the Scenes this week.  Fins Up! --Heikki Larsen MargaritavilleTV