9 Beaches That Are Better In The Fall 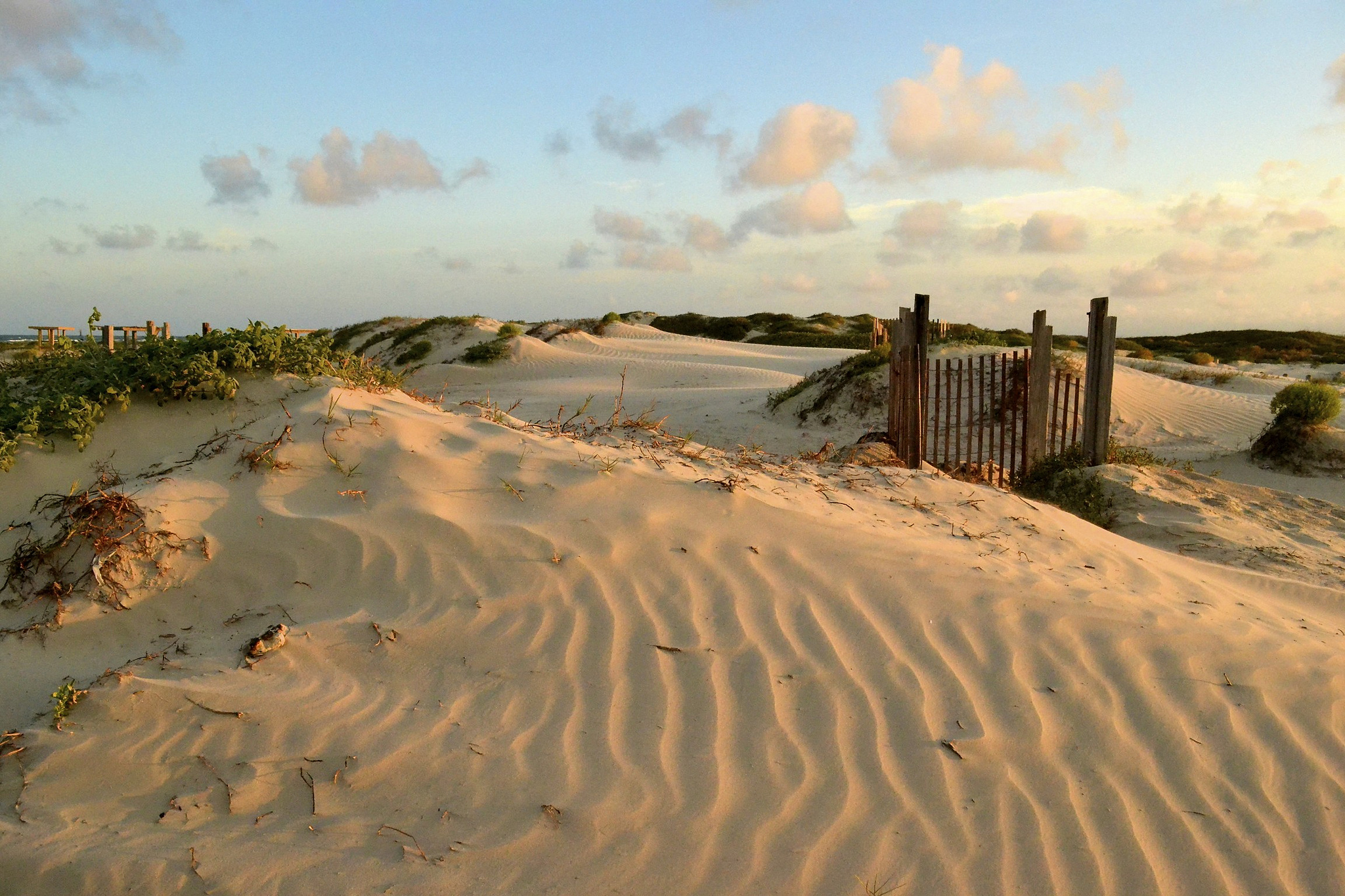 Sure, few lucky ducks get to the beach all year round (we’re looking at you Florida), but for most of us, fall means it's time to hang up our swimsuits for the season. Luckily, there are a few sandy shores across the country which offer an extra incentive to visit after Labor Day. At these seven spots, the beach gets better when the days get shorter — meaning you can continue your seaside excursions well into the autumn months. 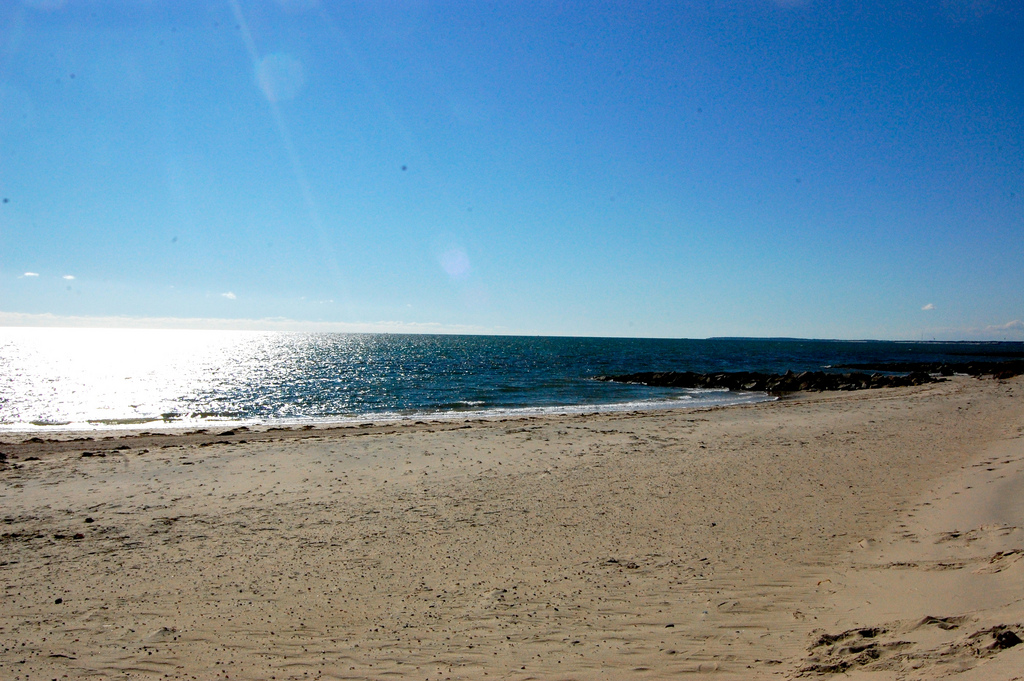 Spanning over a mile of shoreline on breezy Nantucket Sound, West Dennis Beach is a major year-round draw for windsurfing, kite surfing and paddle boarding. While in the crowded summer months, activities are limited to a restricted area, there are more options after Labor Day. In the fall, any part of this pristine stretch of sand is fair game for water sports. Didn't pack your own board? No sweat. Air Support provides tourists and locals affordable equipment rental and lessons throughout the fall.

Explore a piece of living history with a guided tour of the perfectly restored Civil War-era fort set right on the Atlantic Ocean. Daily musket demonstrations give you some bang for your buck.  Not a history buff? There's plenty of nature to explore via the trail and beach walks led by National Park Service Rangers. 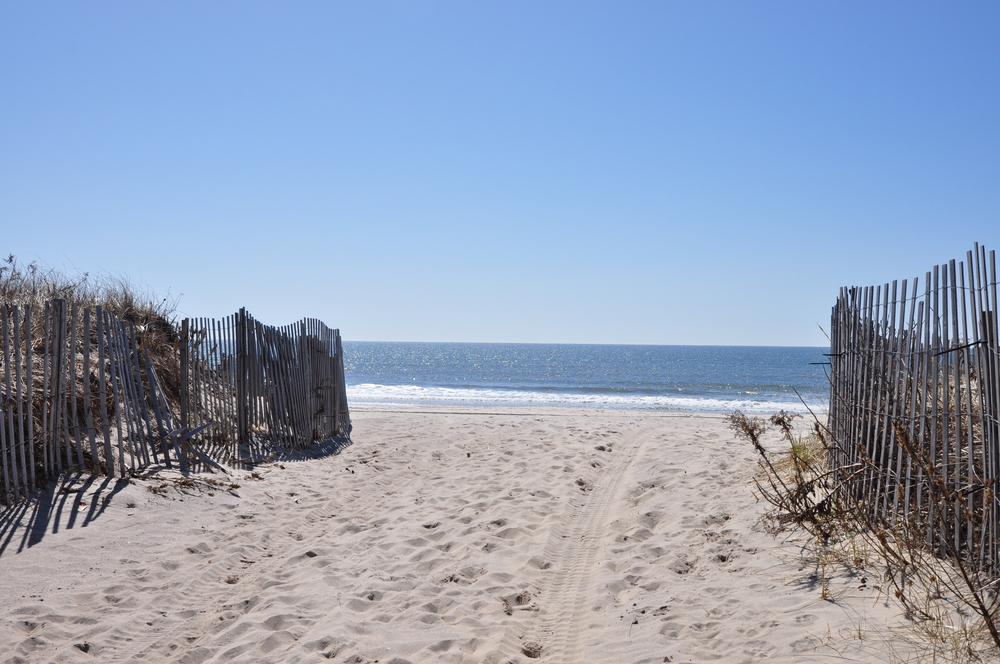 During the dog days of summer, a man’s best friend can’t so much as set a paw on the ocean side of this chic, seaside community. But after September 30th it’s fair game for Fido, from Montauk to Wainscott, as canine restrictions are lifted across the East End. So why not bring the fur-kids with you for a walk or splash in the surf? After all, four-legged family members deserve a beach day, too.

With warm temps throughout the year, this six-mile stretch of sand along Alabama’s Gulf coast remains the perfect spot to take a dip or lay out in the sun, even in the autumn months. Other draws include the 45th annual National Shrimp Festival from October 13th to 16th and the 10-day Frank Brown International Songwriters Festival in neighboring Pensacola, FL in November. 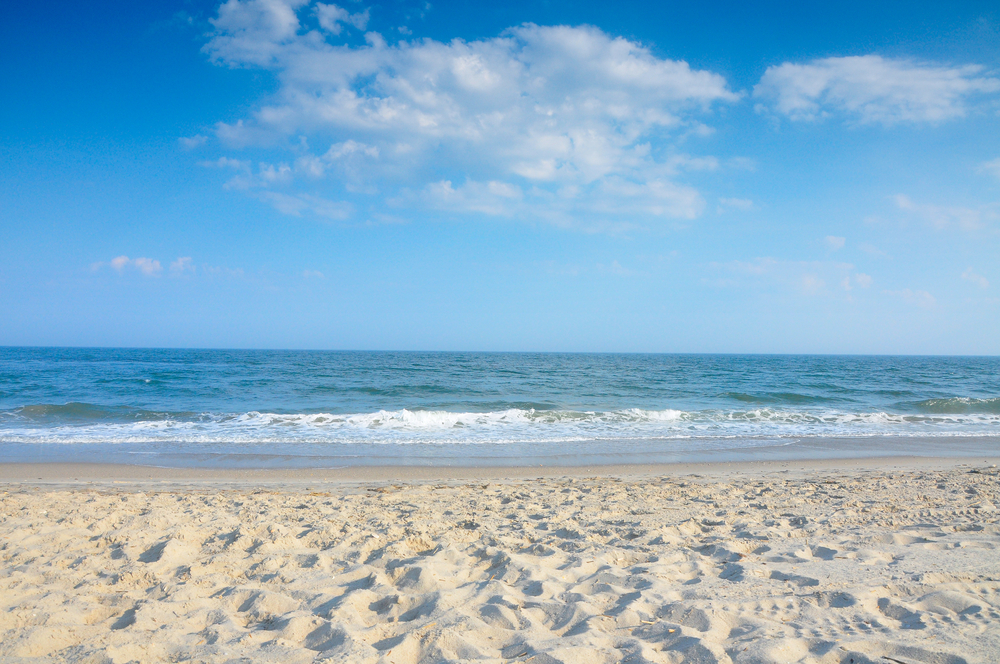 Set sail on the 110-foot Cape May Whale Watcher, which offers trips from March to December. Boasting the “largest and fastest marine mammal watching boats in New Jersey,” they guarantee at least one whale or dolphin sighting with each excursion. Check out the sunset dolphin cruise, which features dinner, drinks and unparalleled views over Delaware Bay through October.

As the thermometer drops up north, this Gulf coast destination maintains a comfortable average temp in the mid-70s well into the fall. Grab a kayak and explore the calm waters of Corpus Christi Bay along the Mustang Island State Park Paddling Trail, which encompasses miles of the best bird watching and shallow-water fishing areas in Texas! 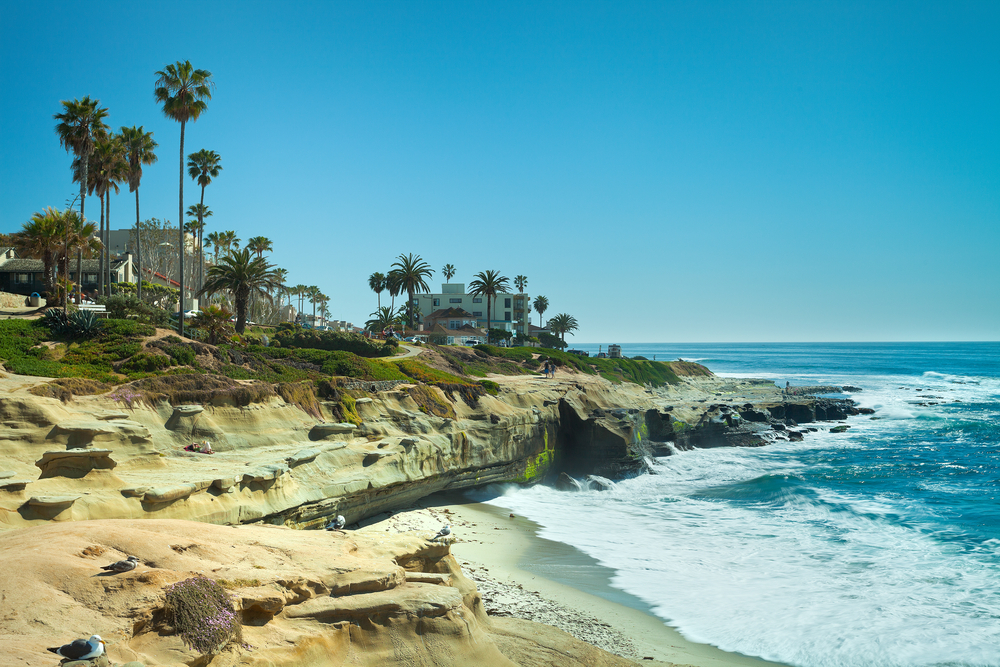 Skip the cost of admission to the San Diego Zoo and head to La Jolla Cove, where seals and sea lions are almost as prevalent as surfers. You can enjoy these marine mammals in their natural habitat anywhere along the downtown coastline, but if you head to Sunny Jim’s Sea Cave  ­— the only sea cave in California accessible by land — you’ll likely discover a pack of these chatty creatures.

Think the beach is only good on days where sunscreen and coolers are required? Think again! Sometimes, there's nothing better than bundling up next to a beach bonfire on a crisp autumn evening. Pack your s’mores kit and head over to this man-made Chicago peninsula on Lake Michigan, where fire pits are available on a first-come first-serve basis. 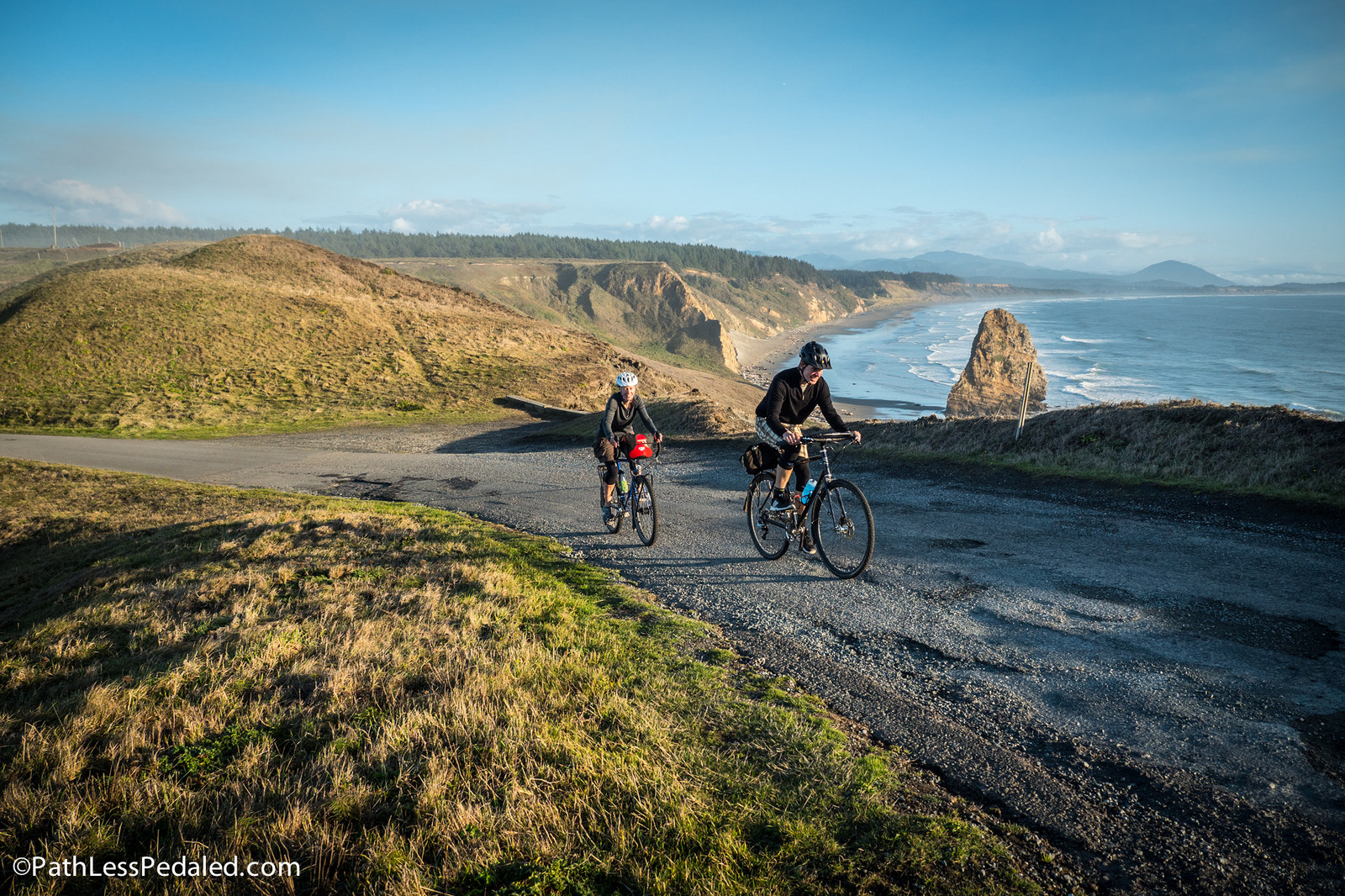 Beginning and ending in downtown Port Orford, this breathtaking 60-mile loop is the prefect way to explore the Pacific Northwest coastline in all its fall glory. Sights on the unforgettable Instagram-worthy route include three scenic State Parks, the Cape Blanco Lighthouse and a 10-mile stretch of the rustic Elk River.