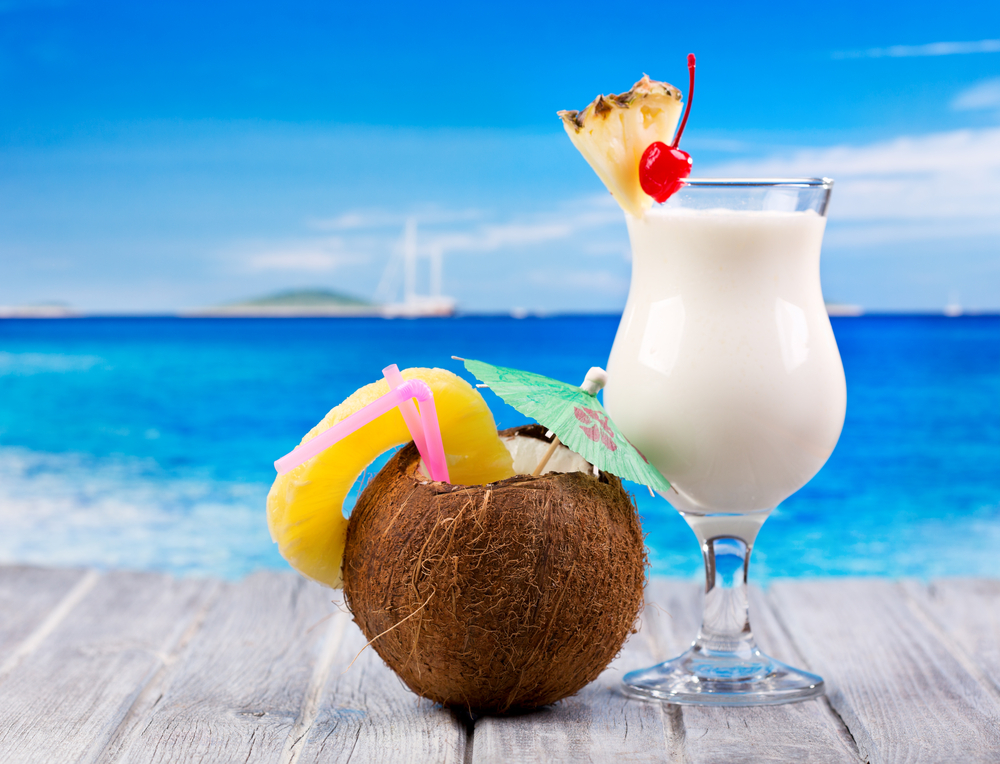 They say that necessity is the mother of invention and this even applies to pirates.   So, when El Pirata Cofresí (the original Pirate of the Caribbean) wanted to cheer up his sea-weary sailors in the 1800s, he mixed some coconut milk and pineapple into their usual portion of rum and became the unofficial father of the piña colada.  Sadly, the world would have to wait until 1954 to taste his coconutty deliciousness since Cofresí was captured and executed in 1825 before he could share his ingenious recipe. Enter the year 1954, when the upscale Caribe Hilton resort in San Juan, Puerto Rico asked bartender Ramon “Monchito” Marrero to create a new signature drink. After many months of luscious, drunken trial and error, the piña colada was born. Or born again. A plaque at the front door designates the Caribe as its “official” birthplace. Of course the piña colada birthright couldn’t go uncontested.  Dom Ramon, the famous bartender who put Barrachina on the map, claims he (not that second-rate Monchito) invented the cocktail.  Naturally, they also have a plaque on their front door. Everyone seems to want a piece of that creamy piña colada fame! No matter who came up with the piña colada (“strained pineapple,” in English), we’ve been loving it ever since. And so has Puerto Rico! In 1978, the yummy slushy became Puerto Rico's national drink.  Ingredients 2 oz white rum (we prefer Margaritaville's) 1 oz coconut cream 1 oz heavy cream 6 oz fresh pineapple juice ½ cup crushed ice Make It Mix together rum, coconut cream, heavy cream and pineapple juice in a blender. Add ice and blend until smooth. Serve in a 12-ounce glass. Garnish with a fresh pineapple wedge and a maraschino cherry. Even better... get a few of the ingredients right here, right now! Dole 100% Pineapple Juice - 6 oz - 6 ct