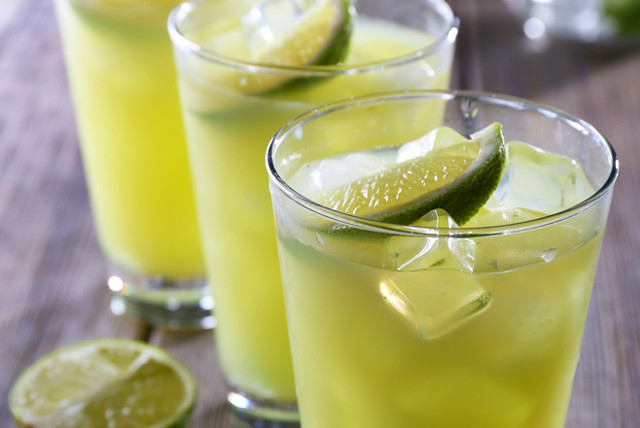 An unfrozen daiquiri? Who knew? These days, when you think of a daiquiri, you’re probably picturing a tall, frozen, perhaps “too fruitful” concoction. The classic daiquiri is none of those things, but instead a simple, delicious cocktail served straight up. Tip: Want to sound Cuban when you order? Say "DYE-ker-ree," not “DACK-ree.” The legendary history of the daiquiri begins with Jennings S. Cox, an American mining engineer. According to his granddaughter, back in the late 1800s Cox was having a party in Daiquiri, Cuba, when he ran out of gin. He went to get more booze from the village but his only option was a local rum, which he feared would be too harsh for his American guests. After mixing the rum with some sugar and citrus, Cox stumbled upon the daiquiri. (A slightly different account traces the drink to the local bar frequented by workers from Daiquiri mines where Cox was superintendent.) Along with the martini, manhattan, jack rose, old fashioned, and sidecar, the daiquiri is frequently referred to as one of the six basic cocktails to master. And a quality bartender (that’s you!) will know to use granulated sugar instead of simple syrup. Get practicing with the original recipe Cox jotted down in his diary: 1 1/2 oz light white rum Lime juice

1/3 oz water Plenty of crushed ice Place all ingredients in a cocktail shaker and shake well. Do not strain -- a classic daiquiri should be served with some ice. Need some tools? Get it below!