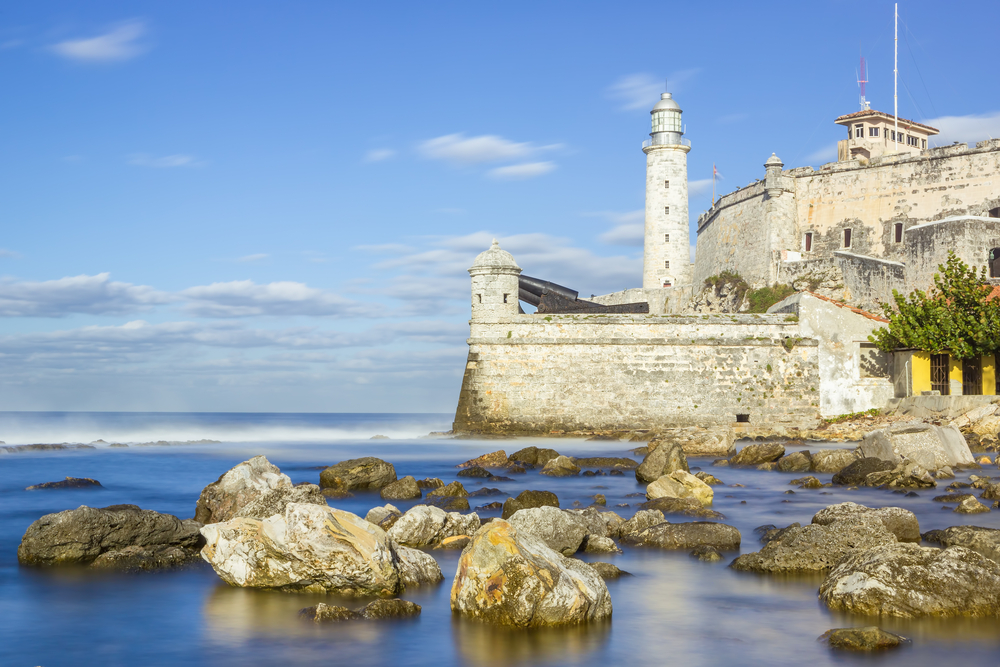 Nothing like a little Havana daydreamin'. And while we're daydreaming, we’d be remiss if we didn’t mention Castillo de los Tres Reyes Magos del Morro the massive fortress dominating the entrance to Havana Bay since 1589. Perched upon the promontory opposite Old Havana (a UNESCO World Heritage Site), El Morro, as everyone calls it, can be viewed from miles away. But it's the top of the fort’s lighthouse that offers the best view. At 30 meters high, the working lighthouse which replaced the original stone and mortar watchtower stands as a beacon of the city. Speak a little Spanish and the friendly lighthouse keeper will fill you in on all details. Havana's landmark fortress, named for the biblical magi (or Three Kings of Bethlehem) who are the patrons of its chapel, and its sister fort across the way, La Punta, were essential for guarding the Havana port against buccaneers in days of yore. Imagine the iron chain, that once was strung out across the water from both forts to prevent enemy ships from entering the bay. Built into cliffs, the fortress was also furnished with a battery of 12 cannons facing the sea, known as Twelve Apostles and another dozen nearer the ramparts. Its walls are forebodingly high, it’s a wonder how the British ever managed to capture it from the Spanish during the Seven Years’ War. Take a trip across a moat and drawbridge into the castle to explore the stables, chapel, dungeons, and (sadly now-empty) wine cellar. You'll also find the fortified vaults, which currently have exhibits and displays on the fortress, navigation and seafaring artifacts, and pirates. And stick around for a sunset-to-remember over Havana as you take in the traditional lifting of the flag ceremony in the evening. Fun Fact: This is not the only picturesque Spanish El Morro Fort, there’s one at the entrance of the port of Santiago de Cuba and another in San Juan, Puerto Rico.