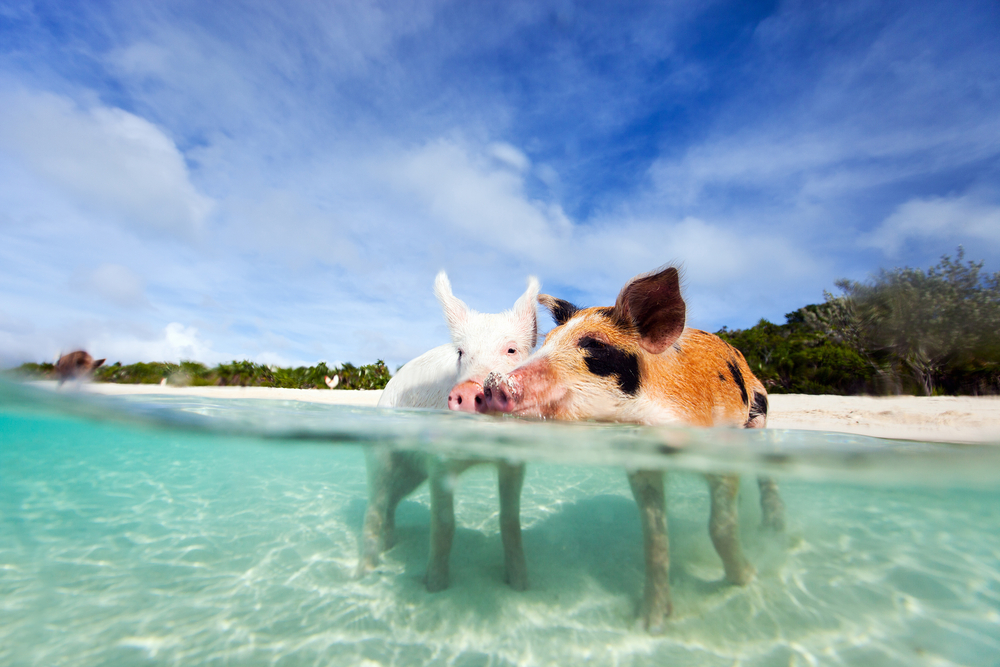 Maybe pigs don’t fly, but they certainly can swim!   Even better, you can piggie-paddle right alongside them on an island called Big Major Cay, located in the Exuma Cays of the Bahamas. Hop a ride to the island to play with the friendly pink and brown hogs. Live like a pig for a few hours - loll in the shade then take a dip alongside your new friends. Swine not? In case you were wondering… pigs are not indigenous to the Bahamas. Not even a little bit. And we’re pretty unclear on how they got there. Maybe they were on a ship destined to be dinner, when the boat capsized and they swam ashore. Or maybe drunken sailors dropped them off and forgot to pick  them back up. We don’t think we’ll ever know, but we’re pretty pleased it happened.  A few fun facts about pig beach, if you just need more pigs in your so far pig-less life… Don’t forget some veggie snacks for the sweet babes -- they’ll come right to you! Be prepared to get wet if you’re out tanning on a little boat, though. Pigs can jump pretty high, and will definitely capsize your ship. Is this not the most magical place you’ve ever heard of? Image: BlueOrange Studio / Shutterstock.com