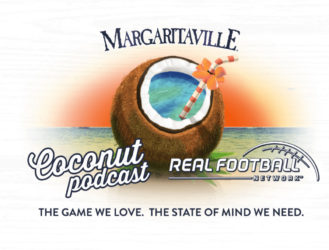 Cris Collinsworth on the Coconut Podcast! 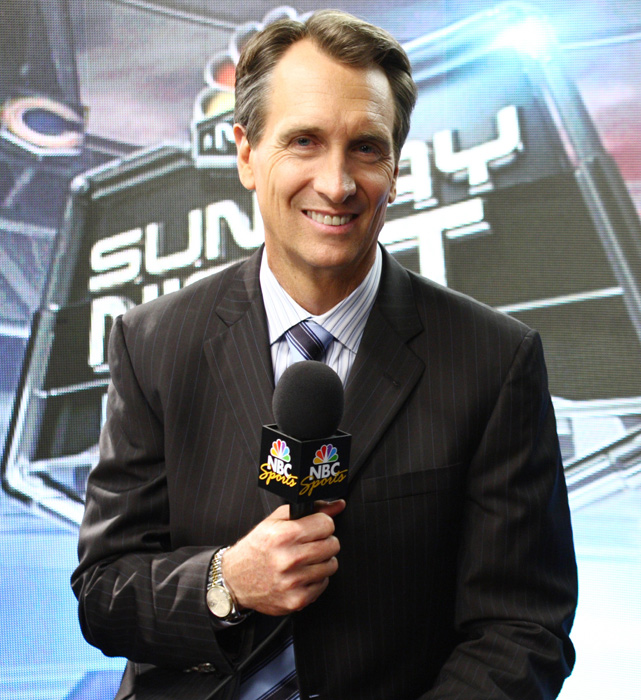 Football. Al Michaels and Cris Collinsworth were doing their thing calling the Broncos vs. Packers game. The Broncos defense was beating up on the Packers. At one point, the camera was pointed at Denver’s defensive coordinator, Wade Philips, as he motioned a blitz play call with his hand over his head like a shark fin. Al Michaels said, “Looks like coach Philips is sending the sharks again.” And, out of nowhere, Cris Collinsworth replied, “Yeah, fins to the left!” Did Cris Collinsworth just say a Jimmy Buffett lyric live on TV? He did. The next day I called Jimmy’s management to see if they could get me in touch with him. I didn’t know why at the time, but I knew I had to speak with Mr. Collinsworth and learn why Margaritaville is a place that’s never too far from his mind. I had no idea our conversation would be the inspiration for Margaritaville Football and the Coconut Podcast, but when we spoke on the phone and he invited me to his house for an interview I knew it was the start of something fun. We talked for almost an hour in his living room about his football days at Florida, his pro career with the Bengals and his dedication to Jimmy Buffett concerts in Cincinnati. I learned that although he was an all-pro wide receiver with the Bengals, he started out as a freshman quarterback with Gators. He still holds a tie for the longest touchdown pass in NCAA history…99 yards! We talked about how he and Al Michaels prepare for each game and the work it takes to make the commentary look easy. He knows every song of Jimmy’s and even sings a few lines during the interview. Listen to the full interview to understand why Cris Collinsworth is a permanent resident of Margaritaville. Author Heikki Larsen is the Production Coordinator for the Jimmy Buffett Tour and the writer and producer of Margaritaville’s Coconut Podcast.