Dispatch from the Road: Livin' It Up 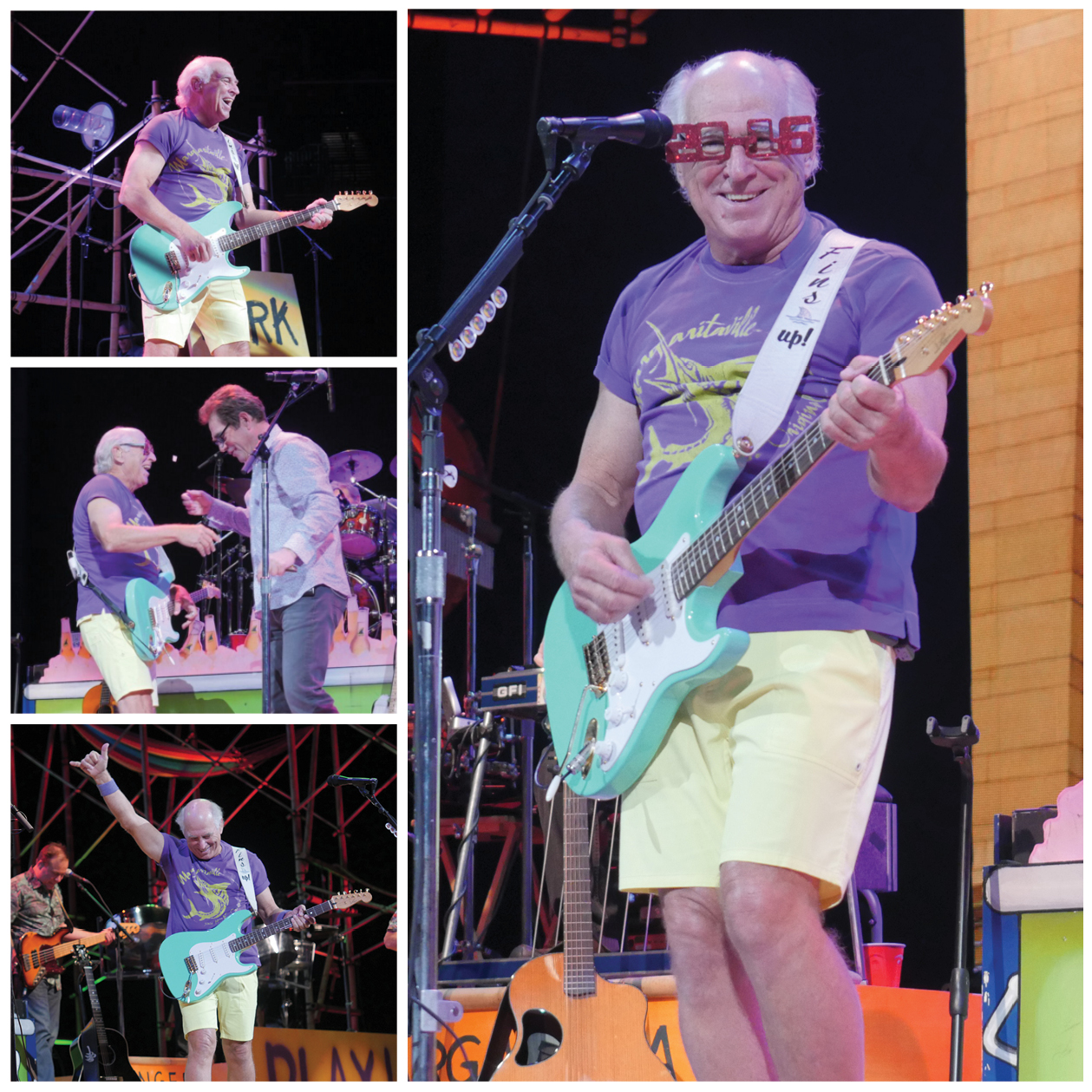 Happy New Year! Show day at Barclays Center in Brooklyn, NY started out like any other show. Everyone was doing their part to set up the offices, dressing rooms, stage and gear. The crew had smiles on their faces knowing this was considered a fun one-off show, a field trip to New York City over the holidays with Captain Buffett leading the excursion. As we got closer to sound check you could feel the party atmosphere building. This was going to be special. Huey Lewis and the News kicked off at 9pm and got everyone moving. After their set we told Huey that JB wanted him to be the special guest on The Bing and Bong Show. Huey showed up before cameras were rolling ready to lend a hand to the broadcast. If you haven’t seen Huey on Bing and Bong you’re missing out. He is a pro on stage and in front of the camera. If he and JB co-wrote a book on stories it would be longer than the Encyclopedia Britannica (remember those?). During the day Road Manager and Bing and Bong Show Producer, Mike Mooney, called me to have production pick up as many New Year’s Eve hats and streamers as possible for the show. We put them on the Bing and Bong table and you can bet JB and Mr. Utley chose to wear the craziest ones we found. Best question read by Mr. Utley during the broadcast was to Jimmy, “You’ve played the Millennium Show, you’re playing New Year’s Eve 2015, can we expect a show in 2030?” Without missing a beat Jimmy said, “Yes. We’ll be playing the moon.” Once Jimmy and the Coral Reefer Band took the stage, production realized we didn’t have any champagne for the crew at midnight. We sent out runners to scour Brooklyn for as much champagne they could find. The runners returned with cases of champagne and we had bottles sent out to each crew station so they could have a solo cup full at midnight for the toast. The show was moving along like most shows, audience singing and dancing, JB telling stories between songs but nothing out of the ordinary. It wasn’t until 11:30pm when you could feel the energy and electricity kick in. There’s that mental countdown that starts going off around that time and the anticipation for Jimmy to bring it home was thick. A few days ago I was able to speak with Mac McAnally about what led up to the midnight countdown. Around 11:50pm the set list had gone out the window because Jimmy had to time the countdown right and prepare for the simulcast feed to Ryan Seacrest in Times Square. You can’t really rehearse for something like that so you hope veteran showman knowledge leads you to victory. With six minutes to go, Jimmy starts throwing song ideas to Mac so they don’t miss the countdown. Mac throws some songs back at him (picture football players in a huddle trying to get the perfect play for the first down). All this is going on while the crowd is roaring, knowing they’re about to witness history. In the end Jimmy times it just right and the countdown and simulcast work like it was rehearsed for days. Confetti is dropped, tour shirts with parachutes fall and Margaritaville is played to millions on tv. It’s not every New Year’s Eve you can ring in the New Year with Jimmy Buffett on stage while you hold a bottle of champagne watching confetti fill the air of an arena during a giant sing along. That’s exactly what I did in Brooklyn, NY at Barclays Center to end 2015 in Margaritaville fashion. From all of us on the Workin’ N’ Playin’ Tour and Margaritaville TV, Happy New Year! Here’s to all of you keeping your fins up and margarita glass full in 2016.