The Eagle Flies on Veterans Day 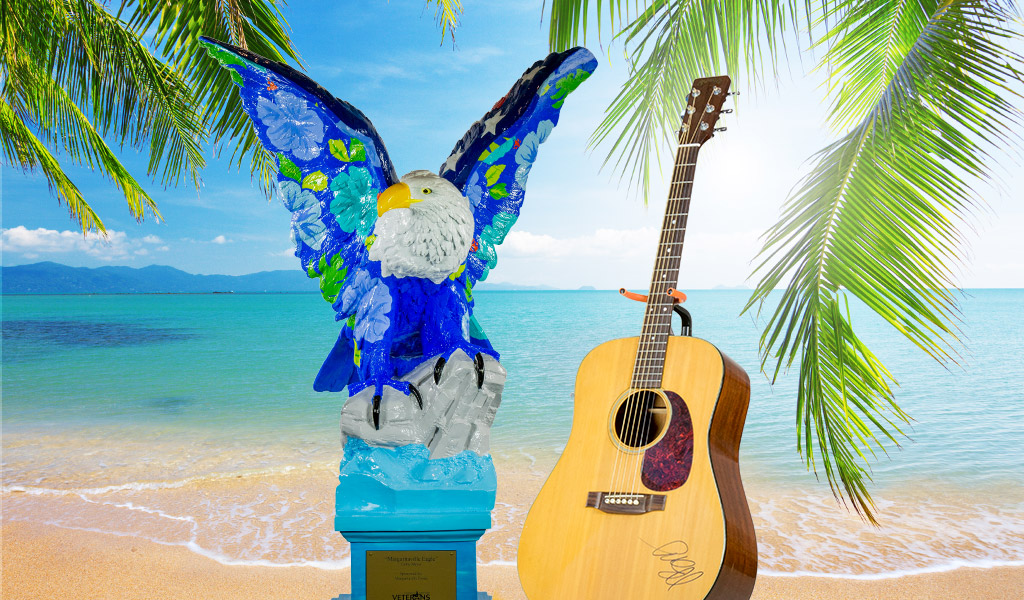 The Margaritaville Foods 4 ½ foot eagle statue that has been perched at Margaritaville Mohegan Sun needs a new place to nest! The statue will be auctioned off - along with birds from the Boston Red Sox and New England Patriots – the day before Veterans Day as a fundraiser for Veterans Count. In addition to the tropical art piece, the highest bidder will also take home a Jimmy Buffett Autographed 1974 Martin D 18 Guitar and an Everything But Sand prize package that includes: Click here by November 10th to make your bid for the eagle, the prize package and to make an impact in the lives of military families in New Hampshire! Concert could be cancelled or postponed for reasons outside of sponsor’s control.  If that should happen, sponsor may award a substitute of comparable or greater value.*