8 Fans You're Likely To Sit With At A Football Game 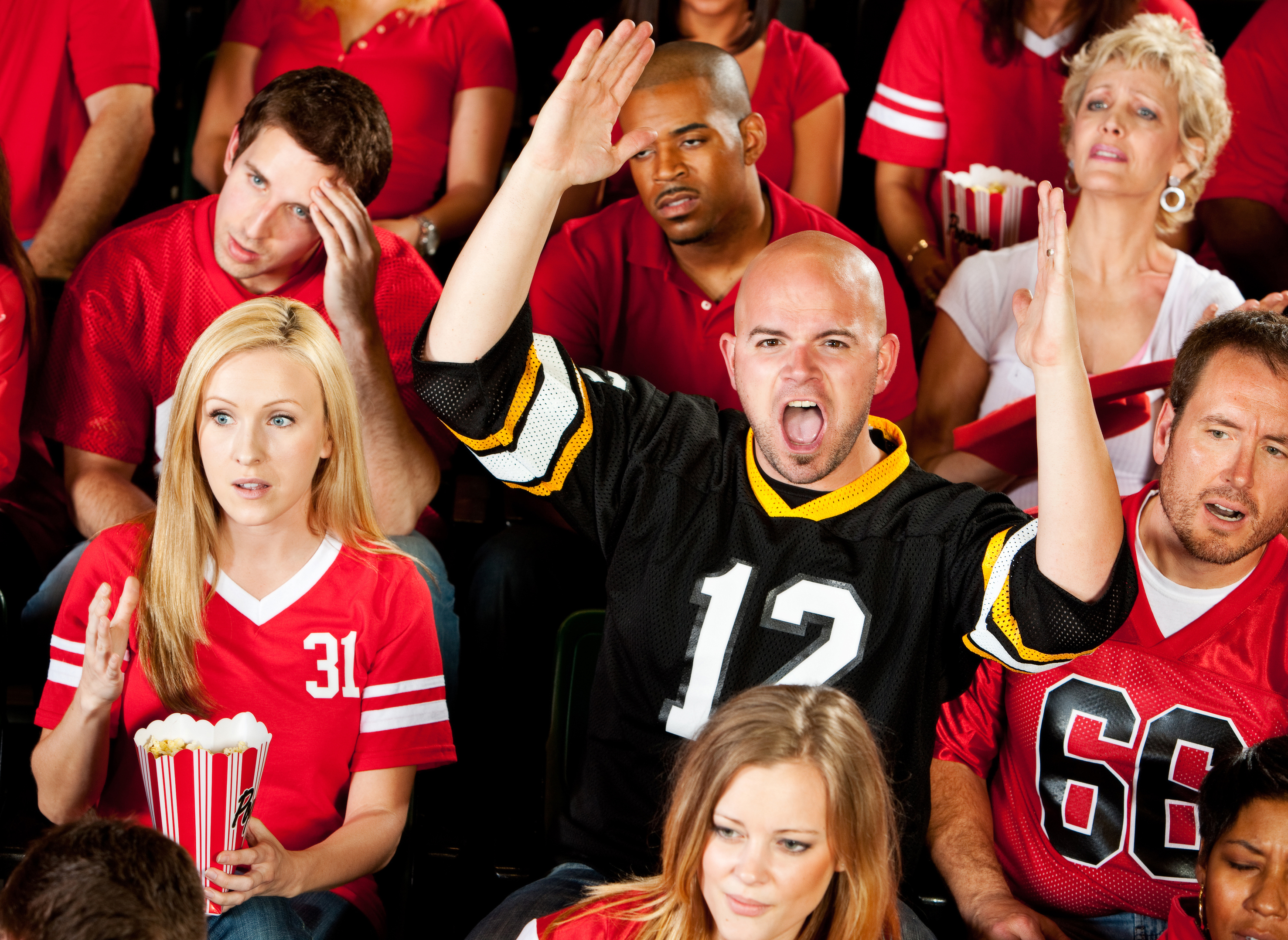 The "I'm-just-here-for-the-pictures" fan We've all seen them. That fan that puts on the gear and shows up to just to spend four quarters taking selfies and sitting on their phone. While they don't know what's happening on the field, they will know exactly how many likes their Instagram post has gotten. And, as you can tell from this sick photo of them with 30 obligatory hashtags, they are having the time of their life! On the scale of annoying fans, they rank pretty low — just as long as their selfie stick doesn't obscure your view during play. #goteam #lovemycolors #openyoureyesref   The campus clown Always a favorite, this fan takes game day apparel to new heights. Face paint, feather boas, gorilla suits... nothing is off-limits for these characters. How else are they supposed to pump up the crowd and frequent the jumbotron during commercial breaks?

The strong, silent type For every campus clown, there's a strong, silent type sitting in the same row, yet completely oblivious to the ruckus being made next to them. These fans are so into the game, they're not absorbing anything else around them. Think, Bill Belichick -- minus the headset, but probably still sporting cutoff sleeves. While they're stoked that your team just scored, they'll only publicly display it with a few quick claps. If you go in for the high-five, you will most definitely be left hangin'.   The misplaced opposing team fan You can spot them a mile away...that one guy in the orange shirt, in a sea of maroon. Clearly, he did not look at where his seat was when purchasing tickets, and now he's in the middle of the home team's student section. But if you think that means he'll keep his cheering to a minimum, think again. He'll spur stares and glares from his fellow section-mates by loudly supporting his team, and insulting the referee whenever things don't go his way. WARNING: If this is you, be aware that you're also the fan most likely to get a pie in the face.

The lifers They've been to every home game for the last 20 years, and they'll be in those seats for at least 20 more.  Always part of the post touchdown high-five celebration and communal cheers, they come to the game because they love live sport atmosphere. Basically, they are who every true sports fan wants to be when they grow up.   The future superfan How are superfans made? At a young age, they are dragged out of their usual Saturday routine of playing with friends, dressed in adorable mini-gear, and plopped in the middle of a screaming stadium. Though it is unlikely they will actually be able to see the game (since they are standing behind full grown adults) but they will be handed every free promotional item tossed into the stands because they are so cute. It's also important to start teaching them the fundamentals of attending a live sporting event, such as: if you spill someones beer, offer to buy another one. While future superfans are adorable, those who sit next to them have the difficult task of watching their language. We don't need kiddos running home shouting expletives about the referees...

The cheerleader No, not a literal cheerleader...well maybe they are, but they aren't on the field doing flips. They're standing (never sitting) next to you providing rhythmic chants for every possible in-game situation. From official school songs to re-worked rally cries from "Bring it On", they come with a full cheer-arsenal and communal building skills that get everyone into the shouting action. If you sit next to a cheerleader, be prepared to discard your inside-voice.   The uninterested significant other Brought to the game against their will, these "fans" are normally found on their phone the majority of the game. Between writing emails and checking Facebook they might join in to give a half hearted cheer -- often for the wrong team. Mostly, they're just wondering why you forced them to this event instead of using the extra ticket cash for beer money.