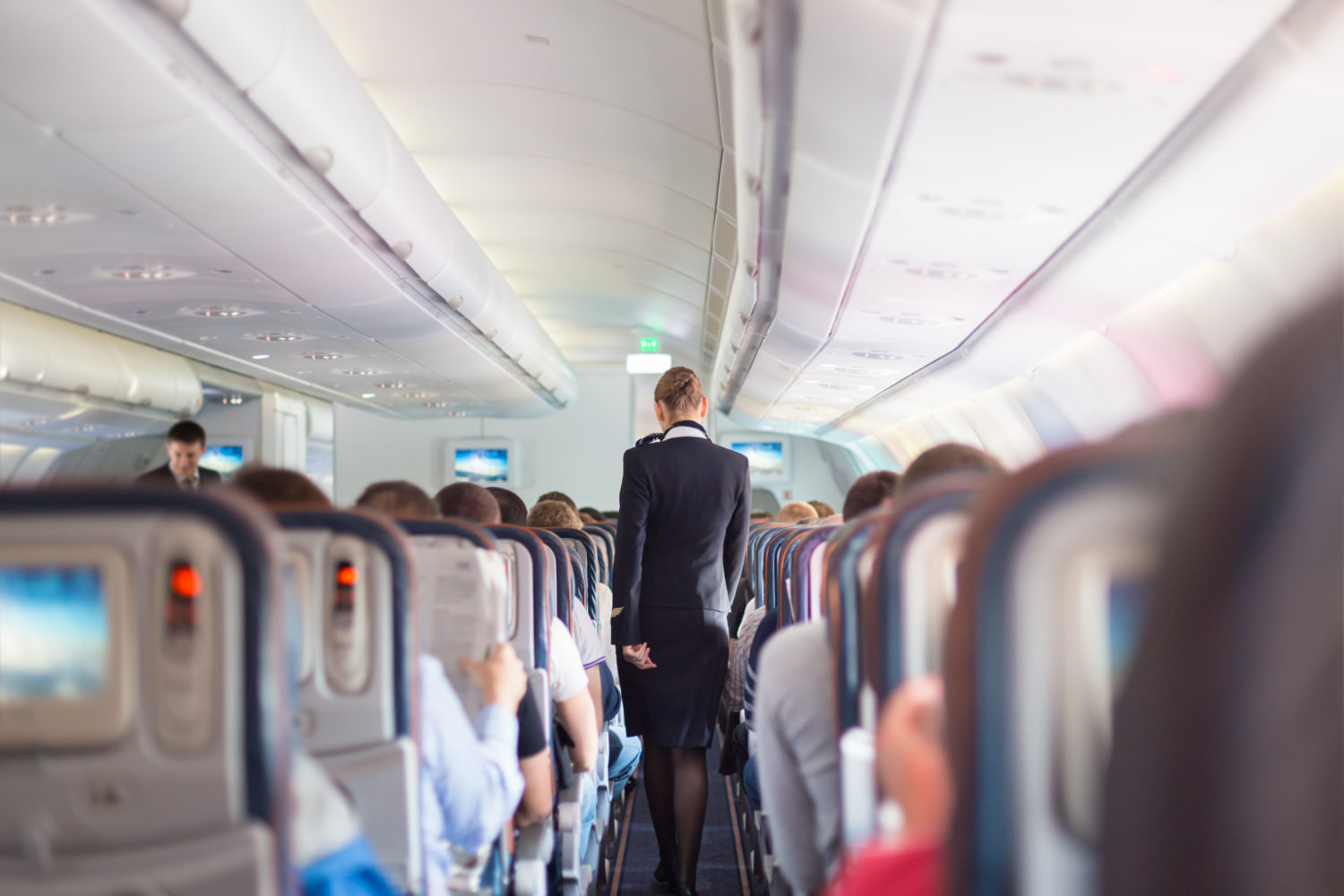 Is it the low cabin pressure, the recycled air or the tiny, crammed seats? Whatever the reason, something about reaching 30,000 feet makes some plane passengers go ... a little bonkers. Surely you've witnessed some odd behavior on a flight ... but nobody experiences the antics of plane passengers quite the way airline attendants do. We talked to a few unnamed staffers who gave us a behind-the-scenes look into the wild, wacky and downright crazy situations they've encountered. These stories will make you think twice before pressing that call button!

“I was working a red eye and coming back from Portland when a lady approached me to tell me she was looking for a place she could 'step outside and smoke'" explains Bill* an attendant who works for a major U.S. airline. “At first, I laughed, thinking she was joking ... until I realized she was serious. I had to actually explain to her why stepping off the plane in mid-air was 100% not possible. I really wish someone else was there to hear her because it really was unbelievable!”

“I had a person on my flight whose emotional support animal was a Great Dane,” Bill says of another wild tale. “I had several people approach me and complain they had no room for their legs because the dog was so large ... but there's nothing I can say in these kinds of situations since it was medical animal. When I went back to make sure everything was okay, everyone in the area had their cameras out and were taking pictures of the dog. When I got closer I could see that there was a parakeet on the dog's neck. I explained to the passenger that I didn't see a parakeet in her paperwork .... she responded that the bird was an emotional support animal for her emotional support animal."

While Bill says he never knows exactly what will happen on his shift, the flights to Sin City often produce the wildest stories. “I was on a flight to Las Vegas that had a huge bachelorette party. They wouldn't stop ringing their call bell! Every time I came by, they begged me for shots—even though I explained over and over that I can't serve shots on the flight,” he explained. “The girls were having a great time ... but bothering some of the other passengers because they wouldn't stop screaming. It turns out they didn't need those shots after all. The group managed to smuggle wine onto the plane ... something I discovered after they accidentally dropped four empty bottles right in front of me!”

Janice*, a flight attendant veteran of three years, says she still struggles with how to deal with some of the more out of the ordinary situations that occur on her flights. “Recently I was on a flight and a woman started singing really loudly,” Janice revealed. “At first, I thought she had her headphones in. But, when I got closer, I realized she didn’t. She was serenading the entire plane with Stevie Nicks songs! Everyone was giggling at first, but eventually the other passengers got pretty annoyed by the whole thing." But, recalls the stewardess of the singing passenger, "she seemed to be enjoying herself so much that I didn't have the heart to ask her to stop!"

We spoke to another flight attendant, Jeff*, who told us he quickly learned that some people don't realize they are still in public when they are on a plane. “I once was on a flight once where we only had ten passengers, so everyone had their own row,” recalls Jeff. “After we took off, I was walking around checking on everyone. That's when I saw a man take out a pair of nail clippers and proceed to cut his nails ... and toenails! Even worse, he just let them fly everywhere.”

While cabin attendants often find people breaking the rules, one crew member we talked to revealed that passengers also sometimes tattle on one another. “We were flying through some bad turbulence during take-off when I noticed a man walking up to the back where I was seated,” Kate* told us. “We were ascending and everyone had been asked to take their seats and put away their electronic. This man was passing by other flight attendants who were all asking him to take his seat, but he continued walking towards me. When he finally reached me, I asked him what was so urgent and he responded, 'The guy beside me is on his computer!' Just as he finished his sentence we announced it was safe to use electronics." Have you ever been on a wild flight? Share your own turbulent in-flight stories with us in the comments! *Real name changed to a fake one, obvs