Rum-Spiked Horchata — The (Mixed) Drink of the Gods 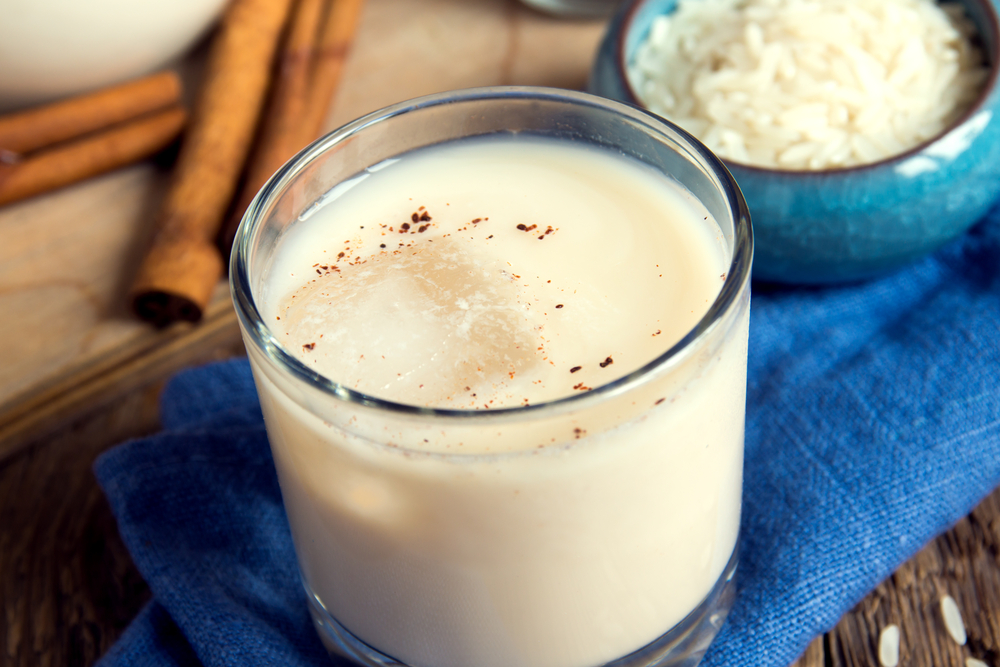 Are you familiar with horchata?  Because once you are, you’ll never forget it. Also known as orxata, this cinnamon-tinged traditional beverage originally hails from Egypt, where the Spanish fell in love with the taste and tried making their own, by tinkering with the recipe. From there it spread across the globe, with each region giving it their own unique spin.  Now it’s a glorious mix of regional flavors.  Mexican horchata has two defining ingredients that set it apart from the rest: rice and cinnamon. This heavenly concoction has been dubbed the elixir of the gods and while it’s lofty in flavor, it’s fairly simple to make.  But not fast.  There’s a lot of chilling involved.  But hey, good things come to those who wait. INGREDIENTS 1 cup uncooked long grain rice 2 quarts warm water 1/2 teaspoon ground cinnamon 1 1/4 cups milk 1 (14 ounce) can sweetened condensed milk 1 teaspoon vanilla extract 1/4 cup rum DIRECTIONS (this one is a little complicated, but worth it!) Mix the rice and warm water in a bowl and let it stand for about 30-60 minutes, until the rice has softened.  Drain the water, reserving it for later.  Put the rice in a food processor.  Add cinnamon and process until you get paste. Return the rice to the reserved water and let stand for two hours, even more if you’re patient. Stir occasionally. The water will eventually turn milky white. Strain the rice through a fine sieve into a pitcher. Stir in the regular milk, the condensed milk, vanilla, and finally the rum. 1/4 cup is recommended, but feel free to adjust that amount. Stir everything together. One last step: refrigerate for two hours. Serve over ice. It’s been a long four hours; you deserve a drink!