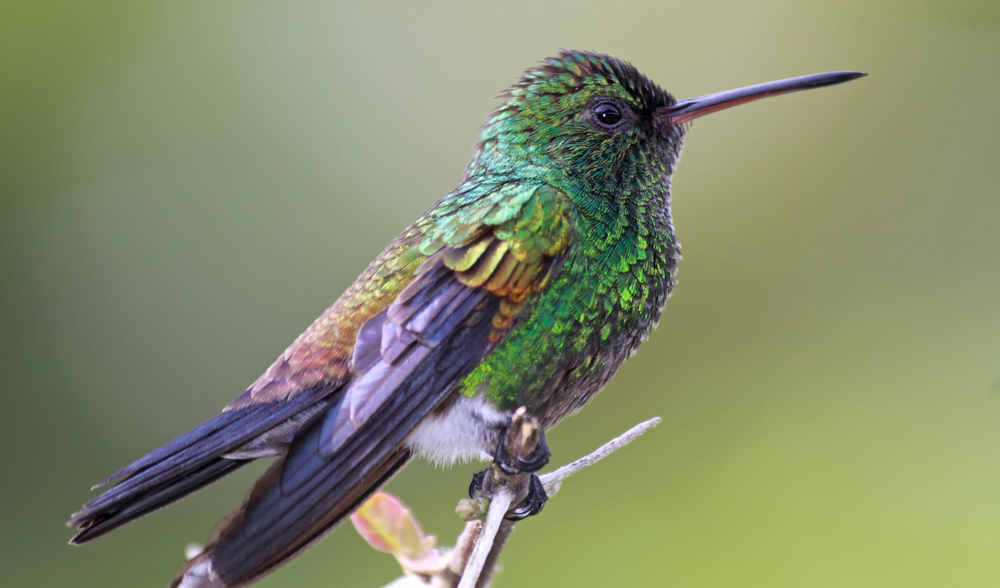 At three inches and five grams, this little vagrant is shorter than the straw in your margarita and weighs less than an ice cube. But when it shimmers with all the colors of an island sunset and quivers like it’s the hottest thing on the dance floor, the hummingbird makes quite an impression. Cute as they are, hummingbirds are no party animals. In fact, they live very solitary lives. They don’t hang out in flocks and don’t even migrate together. Adult males and females look alike but do their own thing. Their only interaction is during the mating process, and truth be told, their mating routine is less of a process and more of a hook-up, complete with both sides flying off immediately and retreating to their own homes. You can see these airborne beauties all over the island, but for an official birding trip, many people hit Mt. Harman National Park. There you may also get a glimpse of Grenada’s only endemic species, the Grenada Dove, which may not be quite as cute as the hummingbird, but may be a little more peaceful. The hummingbird is known for having a temper as red as its rump, and is quite aggressive about defending its territory. But you might be a little defensive, too, if your territory were an island this beautiful. This little one wasn’t born here; it came for a visit decades ago, and never left. Who can blame it?