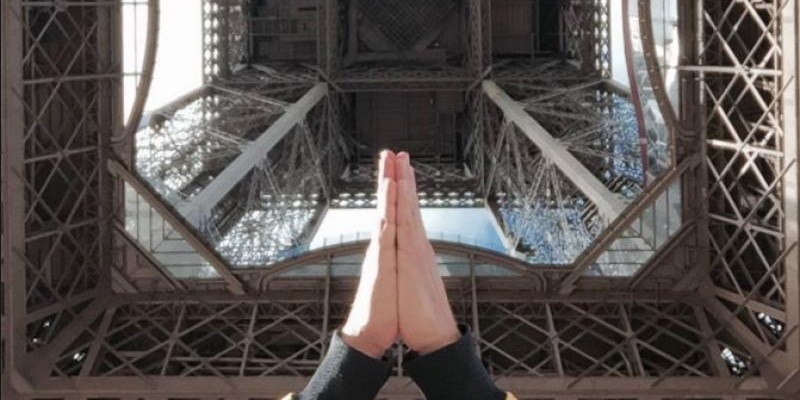 Were we in Paris a few weeks ago?  Time flies when you’re having fun (especially when that fun consists of croissants, wine, butter and did I mention wine?).  We followed Jimmy’s lead, treating it like a working vacation and the shows reflected that feeling.  Not a moment of it felt like work and thanks to all in attendance we have another great Paris trip to add to our scrap books. The first few days we all traded notes on what restaurants we were going to and what sites we were seeing.  There was a lot of walking around the city and a glass or two of wine at lunch.  By the time rehearsal day rolled around we were reminded there were some shows to do but even rehearsal took on an easy breezy air.  Jokes were shared, songs were discussed and then some run through went on for any JB Omaha moments that may have been required for the Saturday and Sunday concerts. Margaritaville TV took time to visit with the fans outside the La Cigale theater before doors opened.  It is something to see on the streets of Pigalle when the parrothead pageantry takes over.  They start lining up outside the theater at 5:45am for a 7:30pm show!  Bars are taken over by colorful costumes and Margaritaville themed attire and it’s crazy to see how that takes all the attention away from burlesque clubs, sex shops, and Parisians walking home from work.  We met people from all over.  France, Scotland, Austria, Belgium, Italy and the U.S.  We met a guy from Italy that discovered JB twenty years ago when he worked in a record store in Milan.  He spoke no English but wanted to one day see Jimmy perform in Florida.  Key West is a place he dreamed of visiting because it was in so many of JB’s songs. One of the things we like to do when speaking with people at shows is ask them what Margaritaville means to them.  It’s interesting to hear all the answers we get.  Some of them are similar, some different but overall the idea and emotion behind this famous state of mind is something everyone can relate to.  Saturday night’s show gave us the opportunity to speak with Graham Nash of Crosby, Stills and Nash backstage.  I walked up to him and said, “Mr. Nash, do you mind if I ask you a question?”  He replied, “Call me Graham.”  Feeling at ease I asked what Margaritaville meant to him.  He paused for a second and asked, “In its essence?”  Pausing for even more time he looked up in contemplation and then with a smile said, “A good time.”  Leave it to a poet to state it plain and simple. Over the years I’ve been asked why Jimmy goes to Paris. I’ve been asked by people who haven’t been to a Buffett concert what makes the shows so special.  It can be difficult to describe something to someone when seeing is believing.  Even the state of mind that helps us change our latitude and attitude can have a different meaning to everyone but I think it’s the emotion that it invokes that makes even the most bipartisan people agree Margaritaville is a place they want to be.  And who doesn’t like a good time?  Isn’t that right Graham? Watch a very special video collection of Jimmy Buffett in Paris! -- Heikki Larsen MargaritavilleTV