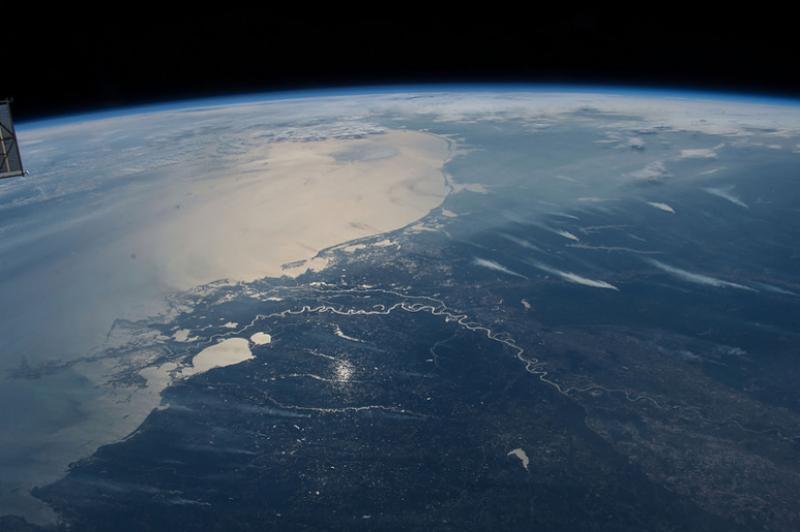 Houston, TX (May 28, 2015) – Terry W. Virts, a NASA astronaut on a six-month mission aboard the International Space Station (ISS), will be “workin’ and playin’” with Jimmy Buffett this week. Following Buffett’s concert tonight at the Cynthia Woods Mitchell Pavilion in Houston, Margaritaville TV will share a taped broadcast of the full show with Virts and the other astronauts aboard the ISS. This will be the first time a Buffett show will be transmitted to space, confirming that Margaritaville is anywhere you want it to be. "Houston is proud of their hometown heroes of NASA.  They and their families live and work amongst us every day,” said Brian Birr, Director of Marketing for Live Nation Entertainment. “It's exciting to be able to work with these incredible minds and give them a little taste of Houston with a Jimmy Buffett concert from the Woodlands!" A pre-recorded message from Virts to Buffett will be aired during the show, along with images from the ISS. In turn, Buffett will respond to Virts live during his set. Fans are able to connect with Virts and Margaritaville on Twitter during the concert with the hashtags #NoGravityRequired and #Margaritaville. Margaritaville TV is the hub for exclusive Margaritaville and Jimmy Buffett entertainment that includes live video broadcasts of Buffett’s concerts, behind the scenes tour footage, travel videos, music videos, drink recipes and a virtual escape from reality – even in space.