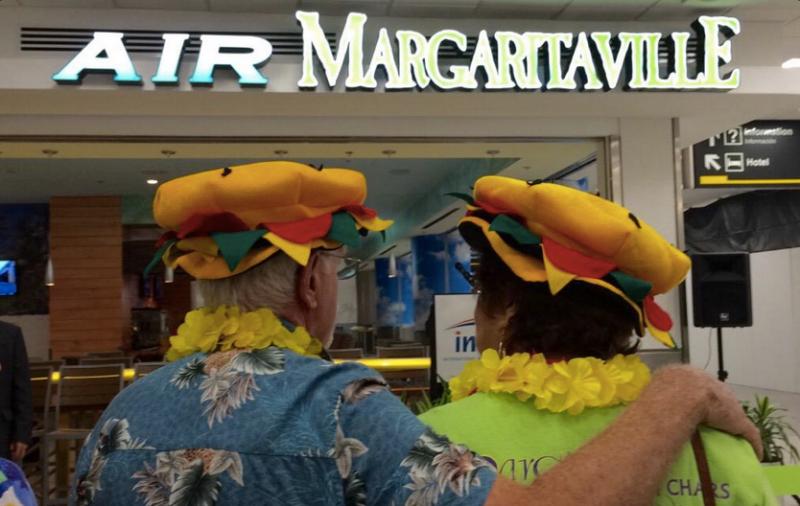 South Floridians can now get their Margaritaville fix at the Miami International Airport — and no plane ticket is required. On Friday, the Miami airport officially welcomes its newest restaurant Air Margaritaville, an island-themed joint that pays homage to Jimmy Buffett's 1977 hit song and the laid-back lifestyle it evokes.The Air Margaritaville at MIA is the first U.S. airport location for the restaurant brand already popular in the Caribbean and Mexico. The eatery serves traditional breakfast items, island-themed seafood, burgers, salads and sandwiches, as well as a diverse menu of tropical drinks, MIA officials said. The restaurant is situated before the security checkpoints in Concourse E on the second level, adjacent to the MIA Hotel lobby. It's the second South Florida opening this week of a Margaritaville-related entity — an extra treat for Buffett fans. On Tuesday, the 349-room Margaritaville Hollywood Beach Resort opened its doors to its first guests, and the 5-acre property boasts several restaurants and bars including a 400-seat Jimmy Buffett's Margaritaville restaurant and LandShark Bar & Grill, both now serving hotel guests and area residents. The Air Margaritaville at MIA is operated by a U.S. subsidiary of International Meal Co. of Brazil, which owns and operates Margaritaville and Land Shark Bar & Grill destination restaurants in the U.S., Puerto Rico and Panama. IMC also owns more than 400 casual and quick-service restaurants in Brazil, the Caribbean and Mexico, the majority in airports, shopping malls and along major highways. The tropical-inspired eatery also is expected to land at Fort Lauderdale-Hollywood International Airport in summer 2017 as part of 25 new restaurants opening in Terminal 1 and Terminal 2, airport spokesman Greg Meyer said. The new Air Margaritaville at Fort Lauderdale-Hollywood airport is part of a push by the airport and the terminals' new concessionaire, HMSHost Corp., to expand and diversify dining for travelers over the next few years. In November, MIA also will welcome the first U.S. restaurant from Brazilian chain Viena, which will offer a buffet featuring salads, pastas, grilled meats served rodízio style, oven-baked pizzas and made-to-order sandwiches. It will also be situated before security on the seventh floor of the MIA Hotel. Viena has more than 90 locations across Brazil. Read article on Sun Sentinel.