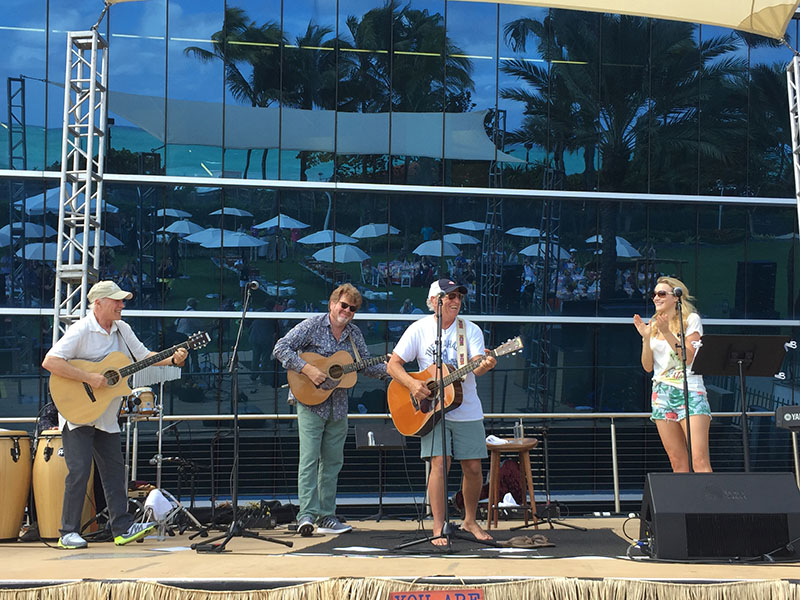 STRICTLY LIMITED ENGAGEMENT: MAY 16, 2017 THROUGH JUNE 25, 2017 MUSIC BY: JIMMY BUFFETT BOOK BY: GREG GARCIA AND MIKE O’MALLEY DIRECTED BY: CHRISTOPHER ASHLEY Producers Frank Marshall, Mindy Rich, Anita Waxman, and Beth Williams announced today that the new musical featuring the songs of legendary singer-songwriter-author Jimmy Buffett, with an original story by co-book writers Greg Garcia and Mike O’Malley, will have its world premiere at La Jolla Playhouse in La Jolla, California. Directed by Tony Award® nominee and Playhouse Artistic Director Christopher Ashley, the strictly limited engagement will kick off the Playhouse’s 2017/2018 season, with performances beginning on May 16, 2017, an official opening night of May 28, and will play through June 25, 2017. Featuring both original songs and your most-loved Jimmy Buffett classics, this new musical is the story of a part-time singer, part-time bartender, and fulltime good ol’ boy named Tully who suddenly finds himself in uncharted territory – falling in love with a beautiful, career-minded tourist. "Jimmy Buffett’s music has embedded itself in our national consciousness – his songs are not only anthems of popular culture, they’re practically a way of life,” said Christopher Ashley. “I couldn’t resist the chance to visit ‘Margaritaville’ with this team to bring his singular spirit to the stage in a brand new Playhouse musical.” Additional information, including casting, will be announced shortly. The Tony Award-winning La Jolla Playhouse is internationally-renowned for creating some of the most exciting and adventurous work in American theatre, through its new play development initiatives, its innovative Without Walls series, artist residencies and commissions, including BD Wong, Daniel Beaty and Kirsten Greenidge. Currently led by Artistic Director Christopher Ashley and Managing Director Michael S. Rosenberg, the Playhouse was founded in 1947 by Gregory Peck, Dorothy McGuire and Mel Ferrer, and reborn in 1983 under the artistic leadership of Des McAnuff, La Jolla Playhouse has had 25 productions transfer to Broadway, garnering 35 Tony Awards, among them Jersey Boys, Memphis, The Who’s Tommy, Big River, as well as Billy Crystal’s 700 Sundays and the Pulitzer Prize-winning I Am My Own Wife, both fostered as part of the Playhouse’s Page To Stage Program.