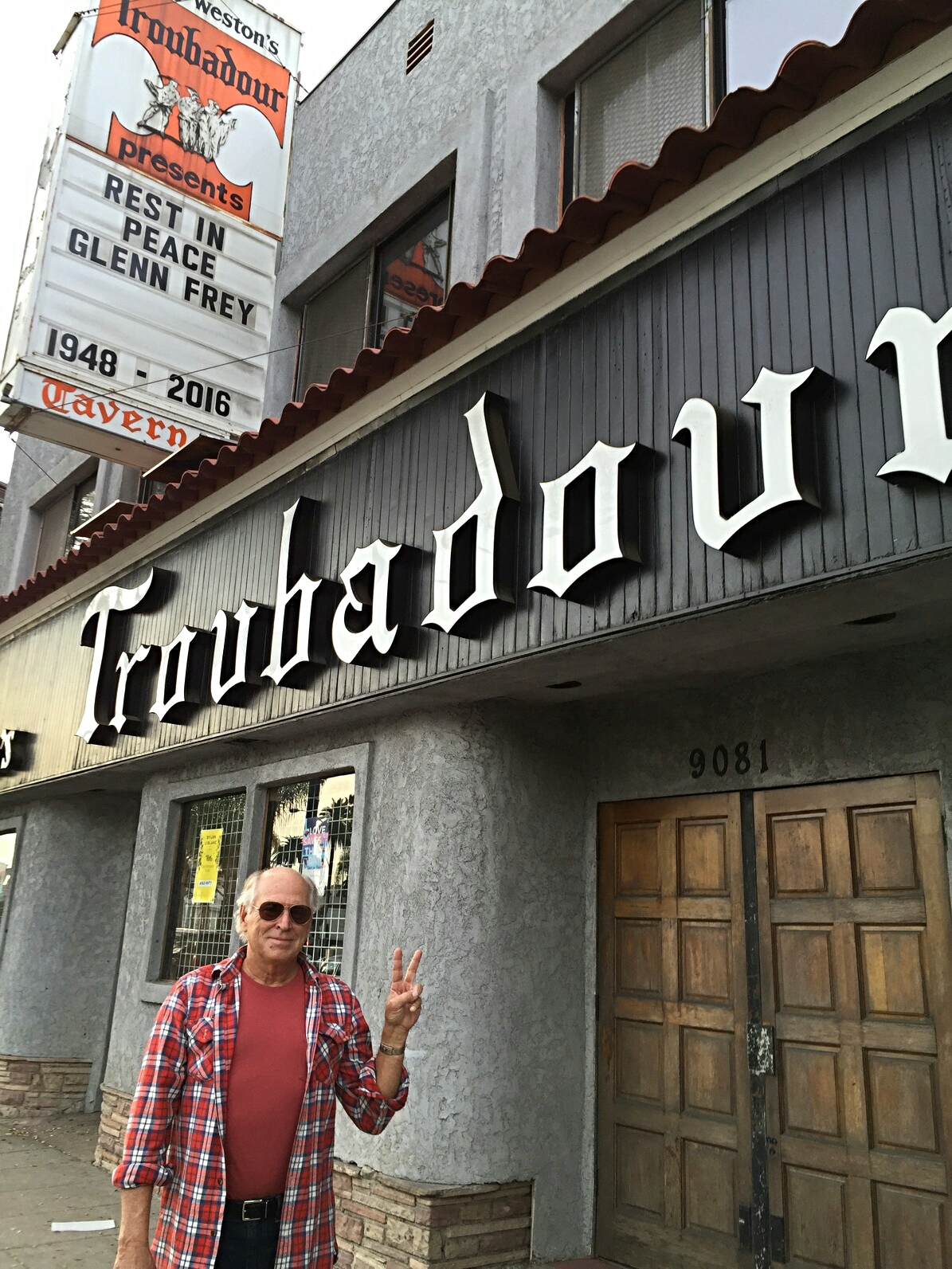 In August of 1975, I was sitting in a dressing room in the Columbia Coliseum in South Carolina, about ready to go onstage. It wasn’t your ordinary gig by any stretch of the imagination, and still gives me “chicken skin” as I write about this morning. We were opening for the Eagles, the best American band of my generation and many to follow. No band worth their salt didn’t start out as an opener for somebody. Opening for the right band at the right time could be your stairway to heaven. Earlier in the afternoon Tommy Nixon, one of their road managers, had invited us to watch the Eagles sound check. I sat there with all the members of the Coral Reefer Band in awe, and when it was over, we strolled back through the empty arena towards our dressing room, and I said to my band, “That is the kind of band, we want to become.” Waiting to go on that night seemed like an eternity. Mixed emotions were flowing - fear, excitement, and a lot of “what ifs” were running through my head, when the door suddenly opened and in walked Glenn Frey. That was the first time we met. He greeted me and the banded warmly, thanked us for being there (duh?) and said to me how much he loved “A Pirate Looks at 40.” He wished us luck and then went back out the door. That was the beginning of a long and lovely friendship. Only a few people really know how significant Glenn, Don, Irving and the Eagles were to my rise through the ranks of bands trying to achieve just of sliver of the success that they had achieved.  After that first night, Glenn and I went on to become close friends, songwriting collaborators, and neighbors in Aspen. He and Don were instrumental in getting Irving Azoff to become my manager, and eventually open for the Eagles on the Hotel California tour of America, which was the rocket ship we rode to eventually becoming a headliner. When the Eagles were inducted into the rock 'n' roll hall of fame, they asked me to give their induction speech. I was humbled. Glenn was a true friend, a true professional, an inspiration and sometimes could be a handful. I cherish great memories of our time spent together and will never forget his kindness that first night and our friendship for all these years. My heart goes out to Cindy, Deacon, Taylor and Otis. He rocked all our worlds. Jimmy Buffett Laguna Beach, California