The Secret Ingredient Your Cocktail is Missing 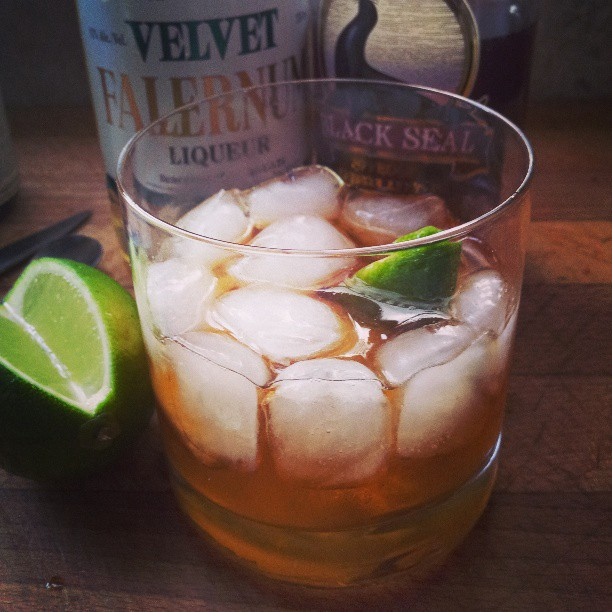 Velvet Falernum: The Secret Ingredient Your Cocktail is Missing Okay, okay! We know. What the heck is Velvet Falernum?! Usually our boat drinks are variations on rum, tequila and fruit. But this one is bound to up your cocktail-making game by a mile. It’s utterly FINtastic. First, let’s get the basics. Falernum is the general term for a spiced-citrusy-sweet syrup. Sometimes it’s got lime, sometimes ginger, sugar, cloves, almonds, other spices…all that good stuff. Add some Bajan rum and you’ve got the alcoholic version, AKA Velvet Falernum. It’s unclear where the name comes from, and as usual, there are more than a few short stories and mentions of the curious liqueur. Ever heard of Ernest Raymond Beaumont Gantt? Probably not, as he’s really known as Donn Beach, or Don the Beachcomber, padre of the tiki movement and many of those tropical cocktails we know and love. He came across falernum in his travels in the early 1900s and used it in his closely-guarded recipes for many years. This mysterious drink can be (and has been) used in almost all of the recipes we’ve featured so far. Rum Swizzle? Definitely. Planter’s Punch? Yep. We haven’t gone down the Mai Tai road yet, but you guessed it. Velvet Falernum! Really, take any base (although rum is best) and make it even tastier! It’s got that perfect swirl of sweet, citrusy, and sultry flavors that will instantly up the ante on your cocktail. If you need a little inspiration to start your adventures in falernum, try this one out for size -- 1 oz Velvet Falernum 1 oz Margaritaville Dark Rum 3/4 oz lime juice Dash of Angostura bitters Shake it up and strain into a rocks glass (also known as an Old Fashioned glass) with fresh ice. Garnish with a lime wedge. Yum!