The World's Most Scenic Train Routes 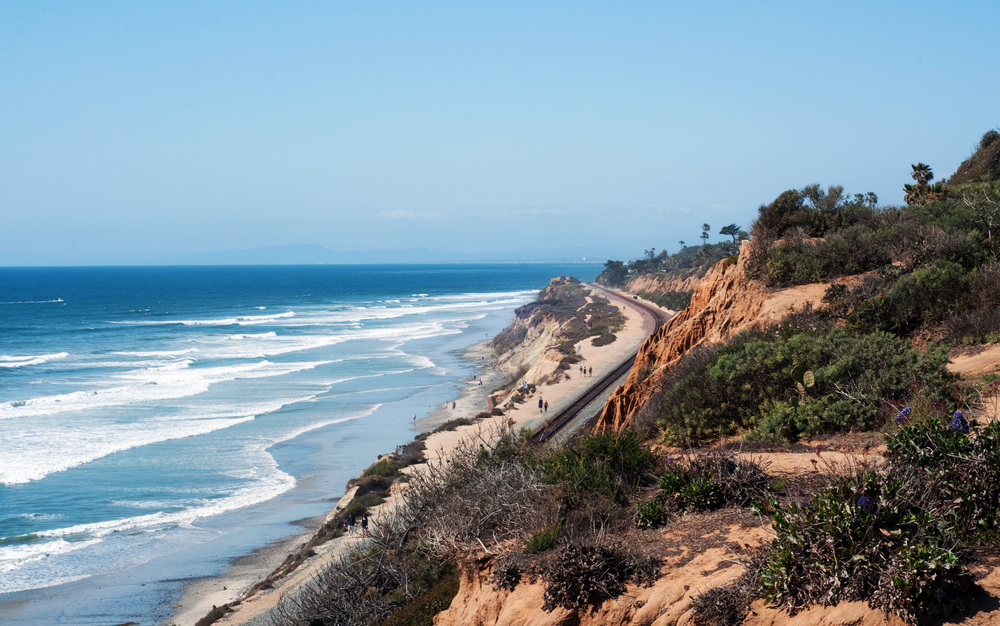 It’s true that train travel isn’t the glamorous experience it once was. But there are still some stunningly scenic rail routes that offer unparalleled vistas of some of the most beautiful places throughout the world. Whether you’re looking to explore the rugged terrain of Australia or coast through California wine country, we’ve got you covered with this. All aboard! Glacier Express (Switzerland) Route: St. Mortiz to Zermatt Length: 7.5 hours There’s no better way to see the snow-covered Swiss Alps this winter than from a toasty seat aboard the Glacier Express. Don’t let the name fool you though — this is one of the slowest “express” trains in the world — for good reason! You’ll want to savor every minute of the 7.5-hour journey from St. Moritz to Zermatt as you wind across 291 bridges and through 91 tunnels. Rocky Mountaineer (Canada) [caption id="attachment_5876" align="alignnone" width="787"] 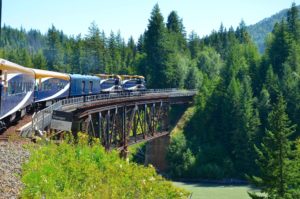 Lissandra Melo / Shutterstock.com[/caption] Experience the grandeur of the Canadian Rockies in style aboard this luxurious locomotive that makes a round trip journey from Vancouver over nine days and eight nights. A two-level, glass-domed observation coach boasts full-length windows where you’ll take in the majesty of Whistler, Jasper and iconic Lake Louise, which are best explored in the comfortable summer months. Don’t expect the sad frozen pizzas often served on regional commuter trains — there’s a chef on board whipping up gourmet meals throughout this unforgettable journey! Sagano Scenic Railway (Japan) Peeping Japan’s famed cherry blossoms in full-bloom during the spring is definitely a bucket list activity. You’ll certainly be in the pink aboard the six-hour trip from Kyoto to Kameoka as you travel through the rosy landscape. But don’t be late — Japanese trains are notoriously punctual! The Ghan (Australia)

Much of Australia’s famed outback is rugged terrain unfit for exploration — unless you’re on par with Crocodile Dundee. Leave your survival kit at home and hop aboard The Ghan, which cuts through the center of the continent from Adelaide in the south to Darwin up north and gives you a glimpse of the Land Down Under over three days and two nights. Maharajas Express (India) You’ll feel like you’ve stepped back in time (and bumped up your social standing) aboard the ultra-luxurious Maharajas Express, which mirrors the opulent trains used by the Indian royal family in days past. We suggest the Heritage of India Journey, which crisscrosses the country from Mumbai to Delhi over eight days and passes historical sites like the medieval caves of Ajanta and offers local sightseeing tour stops including sunset cocktails amidst the sand dunes near Bikaner. Napa Valley Wine Train (California) 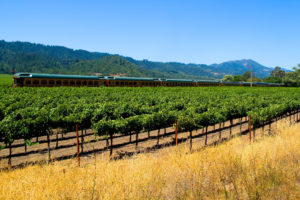 You have three hours and 36 miles on this round trip ride from downtown Napa through California Wine country to sample all of the varietals you pass. Drink up as you glide through some of the most beautiful — and expensive — farm real estate in the country including Oakville, Rutherford and St. Helena. Danube Express (Hungary/Turkey) There's nothing spooky about this stunning four-day journey from Budapest to Istanbul (or vice versa) through the Transylvanian countryside. Sightseeing stops along the route include the medieval Romanian village of Sighișoara, which is said to be Dracula's birthplace, and Bran castle where the legendary vampire reportedly lived.  Pacific Surfliner (California)

While the actual train from San Luis Obispo to San Diego isn't the most glamorous on the list, the expansive views of the Pacific Ocean make the 9-hour journey worth every minute. You may want to make the trip in stages though as you make stops in Santa Barbara and Los Angeles, all while basking in the glorious Southern California sunshine.