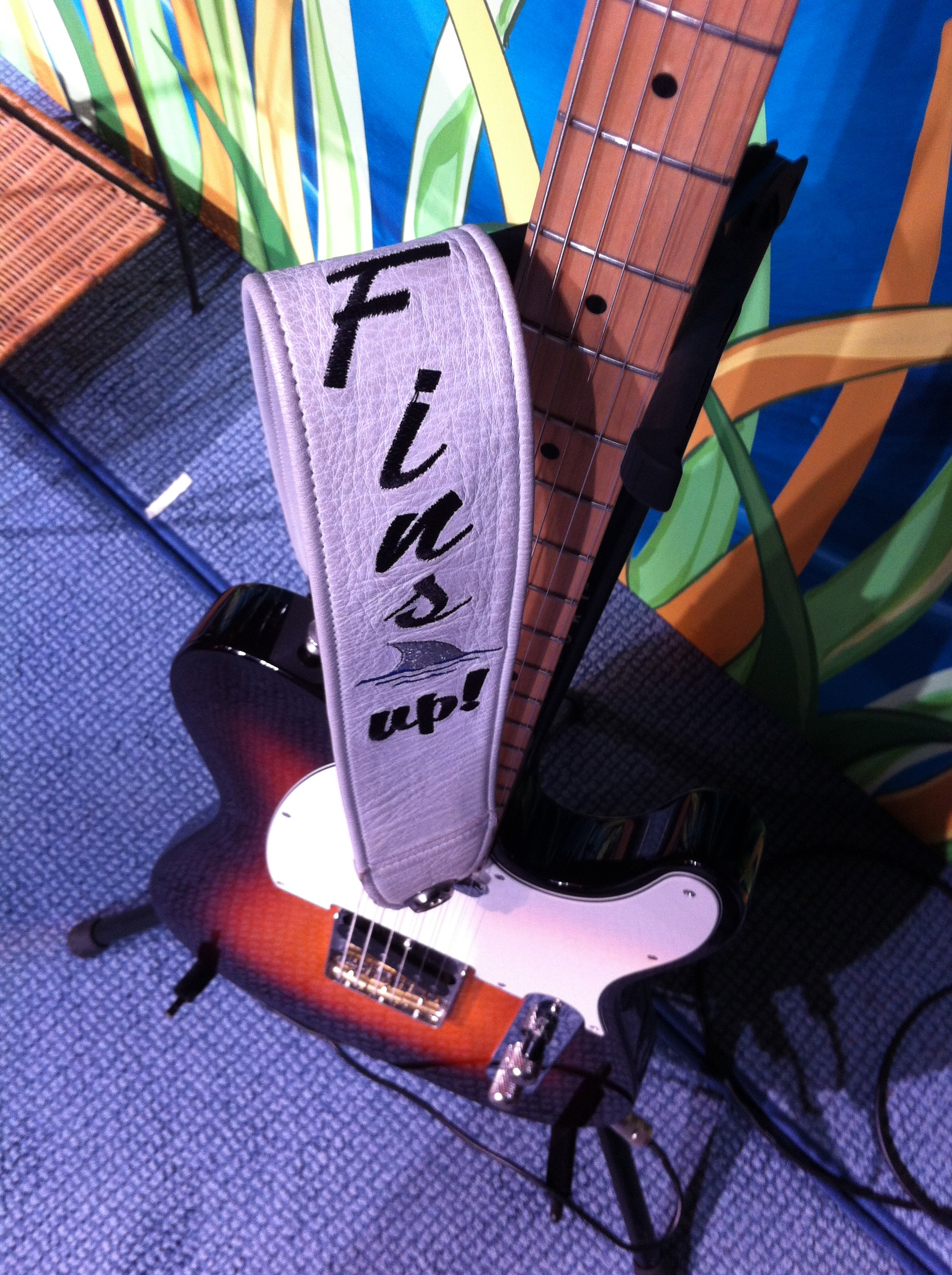 The Workin’ N Playin’ tour had one last run this month before closing the books in Charlotte, NC last Saturday.  There was no rust to be seen or heard during any of the performances.  Jimmy had taken the week before the first concert to rehearse in Nashville at the famous Sound Emporium Studios so the show would be up to its summer speed and timing.  It worked. We kicked it off in Virginia Beach with a show time temperature of 48 degrees.  After sound check I asked Jimmy, “Which show was colder, Albuquerque or the one you’re about to perform?”  He responded, “Albuquerque.  I had to wear socks with my shoes that night!” It may have been cold in Virginia Beach but it didn’t stop the sold out crowd from looking as tropical as they could. The tour went on to Birmingham to play the Oak Mountain Amphitheatre where Jimmy hadn’t played in over twenty years.  On stage, Jimmy announced he would be featuring some songs from The Coconut Telegraph, a record he recorded in Muscle Shoals, AL in recognition of his hometown state.  That night was one of the best sounding venues we played the entire year.  There was no roof, and instead of a lawn, there stood a grandstand with bleachers.  We all felt like we were in a pocket on stage looking out at a colorfully dressed wall of bodies dancing.  It was a special moment when Jimmy ended his encore with Little Miss Magic, a song he hasn’t played in a long time and a favorite to all. Our bus broke down on the way to Raleigh, but we enjoyed two days off once we got there, and a Thursday night concert to remember.  We heard Prince had passed away that morning and by the time Jimmy got to sound check he head already worked up Purple Rain for the show.  When he and the band sang the opening chorus the roof lifted off the venue and the hairs on my legs and arms were standing.  There was a huge roar of cheers from the fans and then everyone began to sing along knowing we had lost a music legend. Earlier this month we lost another legend, Merle Haggard.  Jimmy sang Silver Wings with a giant image or Merle on the video wall at all four of these shows to a standing ovation. Charlotte may have been our last concert but it was the wildest.  It has been a while since Charlotte had a Buffett show on Saturday and they made the most of it tailgating like pros and almost having a full house even before Huey Lewis and the News took the stage. The crew celebrated the end of the tour with a taco food truck backstage after the show and some drinks on the bus.  The Workin’ N Playin’ tour flew by and if you were to ask what my favorite part was I’d say all the set list changes from show to show.  It kept the band and crew on their feet and gave the fans what they wanted in a time when we need more play than work.  Now that the tour is over we have a few weeks off to rest and recuperate.   What’s next?  I Don’t Know 2016.

Heikki Larsen is production coordinator for the Jimmy Buffett tour and a member of the Margarillas team.  He grew up in American Samoa and Upper Michigan, enjoys a good beverage, and discovered his first Jimmy Buffett record when he was 5 years old.