Tune In To Radio Margaritaville

24/7 streaming of tunes that you love!

Margaritaville Store - The authentic expression of the casual lifestyle. Click to shop now

Patrick and Ryan bring a relaxed vibe to Friday night as they help you unwind from the week and dive into the weekend in a way that only Radio Margaritaville can. All of your favorite Jimmy Buffett tunes from the beginning to the present. You never know what you'll hear, from the live albums to rare tracks to old gems. The Buffett Buffet is guaranteed to satisfy.

Fruitcakes on the Radio

Fruitcakes on the Radio lets YOU be the DJ! This is your chance to show your love for Buffett's music and the tropical lifestyle, and dazzle your friends while you do it!

Email us at [email protected] to enter to be a guest host and include your name, city, state and your 4 favorite Jimmy Buffett songs. 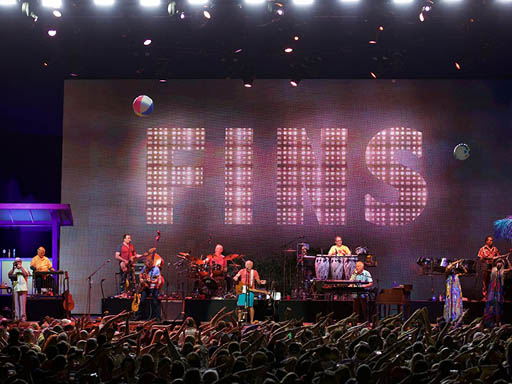 (All times are ET and length is approximate)

No need to fret when Jimmy is not on tour - we have an archive of previously recorded concerts that we're more than happy to play again! Relive the excitement of past tours with our concert replays!

Raised in the picturesque town of Safety Harbor, Florida, Kirsten grew up in what could be the setting for Margaritaville with a lifelong passion for music, travel, sunshine and water. The irony is that Kirsten works so hard that she barely has time for Margaritas – along with hosting each day on Radio Margaritaville she is the Program Director as well as one of the (non-singing) voices of the Margaritaville Brand where her friendly voice can be heard on various Margaritaville products and resort locations!

Like many Parrotheads, JD's first Jimmy Buffett concert changed the course of his life. That night, Nov. 20, 1983 in JD's home town of Tallahassee, may be a slightly blurred memory, but he still has the tequila bottle that was consumed as a reminder. JD knew then that he wanted to entertain.

After working with kids and DJing in his hometown, JD moved to Orlando to continue his career. His talents soon reached every major Orlando theme park as a DJ, MC, and Host. In 2007, JD landed the perfect gig as host for SiriusXM’s Radio Margaritaville. When not broadcasting Live from the Orlando SiriusXM Parrot Perch, you will find him taking his show on the road in support of Margaritaville venues and Parrothead Clubs from Key West to California.

Renee Adams is a Detroit native who was born into an entertainment family. At 19, she moved to Orlando to pursue a career in the entertainment industry. She has since worked with the Baja Beach Club company as entertainment director, freelance writer/show director for Royal Caribbean and the Disney Cruise Line, and is the author of 14 children’s books in the Two Facts and a Fib book series. She was hired as the first female Disc Jockey ever to perform for the Walt Disney World Company where she honored her amazing ability to connect with a crowd and has since entertained kids and families for the last 20 years. Her love for music, writing, and beaches has sent her on a journey to Radio Margaritaville. Orlando is home with her two kids and her dog Zac Brown. If you ask Renee about her accomplishments, she will tell you "Yep, I'm famous if you’re eight!"

Gogo Bell is the sexy nerd who will rock your world! She's been a Parrothead since her teen years, and has been performing for almost her whole life. Gogo got the nickname "Gogo" in college and graduate school, where she moonlighted as a go-go dancer in some of NYC's mega dance clubs while earning a Masters of Social Work.

The daytime hustle and nighttime glamour of New York City eventually gave way to the lure of a life in Nashville, TN. There, Gogo dove back into post-grad academics, while she and her Nashville-native husband opened the multi-award winning Corsair Distillery. In the next few years, Gogo found a way to encompass many of her passions. Between traveling around the country as a model, cabaret artist, emcee, and pop-culture personality, she started her own live productions at Corsair Distillery. She's also had the honor to teach dance and burlesque foundations on the high seas on the Bahamas Bombshell Cruise. In 2019, Gogo competed for the title of Master of Nerdlesque, and headlined the International Winnipeg Burlesque Festival. Besides being a Booze Boss Babe for Corsair, a performer and a producer, she works as a commentator and live hostess for international Comic-Cons. She's also a regular on the Pop Culture web show Nerd News LIVE for Nerd Caliber. And, at 40-ish years old, she's still a big ol' Parrothead.

Sara is a Tallahassee Lassie and coincidentally went to the same high school as Radio Margaritaville DJ JD Spradlin. She moved to colder climes, but still prefers flip flops and the smell of sunscreen any day of the year. She hosted an Aspen Jimmy Buffett (as Freddie and the Fishsticks) concert and got back on the beach!

Steve Huntington, long-standing veteran of Radio Margaritaville, now host of the Steve Huntington Show. Steve shares his musical passion for Jimmy Buffett, Trop Rock and plenty of things in between. Tune in for lots of stories, musical insight and special guests! Listen to Steve here! 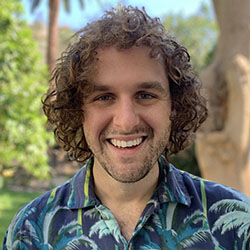 Patrick McDonald is a Buffett-loving Texan living in Los Angeles. He and his co-host Ryan have been hosts of the independently-produced “Parrothead Podcast” since 2016. Patrick has loved Jimmy and all things Margaritaville since being introduced by his parents, daily, since birth (his dad claims he gave Jimmy the phrase “The Weather Is Here, Wish You Were Beautiful”, but that isn’t fact-checked). When he’s not trying to get through an order of Volcano Nachos, Patrick is also a comedian, writer, playwright, and accident-prone bicyclist. He is thrilled and honored to be part of the Radio Margaritaville family. 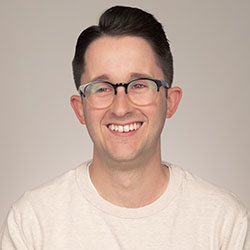 Ryan Middledorf is a Virginia-born and Los Angeles-based comedian, podcaster and producer who was seven years old before he knew that anyone other than Jimmy Buffett made music (what a shock). In true Parakeet fashion, his first concert was a Buffett show and he hasn't looked back since. When he's not listening to Nautical Wheelers on repeat, he's learning how to make tiki drinks that some have described as "a little too tart" and "not half bad, better luck next time". He currently co-hosts the Parrothead Podcast with his Radio Margaritaville co-host, Patrick McDonald and has two sweet dogs (Bagels and Bodie) that interrupt almost every recording. Gotta' love 'em!

Please complete the form below to submit your song request. Thanks!